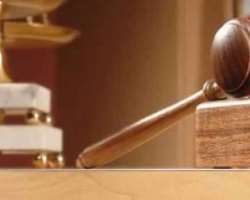 A Senior Magistrates' Court in Malunfashi, Katsina State, on Wednesday sentenced six elderly drunk persons to 20 strokes of the cane each for constituting nuisance.

The prosecuting police officer, Cpl. Joseph George, told the Senior Magistrate, Mannir Shehu that the convicts were arrested by a team of policemen on patrol at Marabar Kankara, a suburb of Malumfashi on March 13.

George said the convicts were found wondering and intoxicated with alcohol at Gidan Mariya and Gidan Coach, an act that constituted nuisance to the public. He said the offence contravened section 183 of the penal code law and urged the court to try them summarily.

When the offence was read to the accused, they pleaded guilty to the charge. In his ruling, the Senior Magistrate, Salisu Shehu sentenced them to 20 strokes of the cane each to serve as deterrent to others.