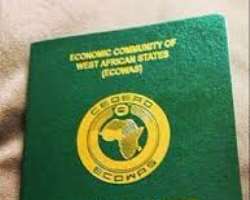 Kano state government has allocated a five bedroom block of flat to be converted into Kano second passport office in Amana city.

In a statement signed by the public relations officer of the ministry of works and Housing Kano state, Muhammad Sani Durumin Zungura said the state commissioner of works, housing and transport Alhaji Shehu Haruna Lambu said governor Dr Abdullahi Umar Ganduje has approved the allocation of the House to the state command of immigration service for opening the second passport office.

The statement said the move was aimed at addressing some difficulties in obtaining or renewing passport by Kano business community.

It added that the state government in an effort to ensure the smooth running of the office will provide water and generating set as well as fencing for it.

The statement emphasized that despite the number of business enterprises and business outfits in the state, most neighboring state do come to Kano for renewal and obtaining new passport, adding that there was the need for the state government to assist in that direction.

Responding the state controller immigration service Alhaji Sadik Baba Shehuri thanked Dr Abdullahi Umar Ganduje for approving their request and promised that all necessary facilities for the new passport office would be provided to cater for Kano populace and neighboring states.

In another development Kano state government has directed the contractor handling the construction work for the dualization of Zaria road through central bank quarters to Maiduguri road in Tarauni local government area to speed up to ensure the execution of quality work as earlier specified.

In a statement signed by the public relations officer of the ministry Muhammad Sani Durumin Zungura said the commissioner of works, housing and transport Alhaji Shehu Haruna Lambu made the call when he paid an inspection visit to the project site.

The statement said the commissioner reaffirmed the commitment of the present administration to execute meaningful projects and programs to uplift the living standard of people, added that despite the nation’s economic meltdown government would continue to harness its available resources to provide basic and social infrastructure for the people.

It expressed appreciation for the level of work executed and urged the contractor to strive hard and meet the deadline.

Responding the contractor Mr Tony assured the commissioner that all necessary working facilities have been put in place and promised to work in accordance with contractual specifications so as to complete the work as scheduled.