Death Is The Destroyer Of Pleasures 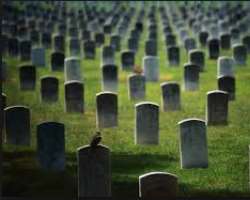 Death had been DESTROYER of things, pleasures and the people before us. DEATH is inevitable which occurred at a very point when we least expected and that no matter how beautiful, intelligent, vibrant, individual, wealthy, famous, innovative, innocent and religious you think you are great Allah said: every souls shall taste death and you shall definitely departs from this world.

It was WISELY said that there four great kings and authorities ever lived on this face of the earth; one of them was: Prophet Suleiman allaihi salaam, Fir'aun, Nimruuj and the Nasad.

Prophet Suleiman (AS) was a righteous ruler (king) with authority, he ruled the world in accordance with the will of Allah, when he seats on his throne the humans, the jinns, the animals used to gathered around him and the birds making a shed in his head, he virtually ruled everything: the humans, the jins, the animals, the trees, the air, the rain, the ants, which he also used to settle a dispute among them but despite all this authorities, Allah said; every souls shall taste death and he departs from this world.

The FIR'AUN was a powerful ruler with great authority, he ruled the world with: vile, outrage, violence and crime against humanity, blasphemy, paganism, idolatry and killings of an infants babies (males). He ruled for a thousand years, without being in a state of lacking, no illnesses and whatsoever, but Allah said every souls shall taste death and he departs from this world.

NIMRUUJ was a powerful ruler with a great authority, when he was still a child, Allah used to ordere something which seems like a hurricane to go and carried him to far away forest,and ordered a trees to make a shade on him and gathered the most powerful jinns to taught him how to ruled the entire world.

After the explanations or accomplishments or attainment of all the powers and authority over the world, Allah sent a Prophet to him, that he should submitted and obeyed the King of kings and the the ruler of the world (Allah). He said to the Prophet that; he was the ruler of the world and there was non except him and Allah caused him to bowed on his knees and the mosquitoes began eaten from his brains and skull.

Despite all this, Allah said; every souls shall taste death and he departs from this world.

Remember how Prophet Muhammad S.A.W led the world with parity of the hearth, with wisdom, with glory, with divine light and guidance, with tranquility, with so much gift and endowments, with a clear remedy for all the problems of the world, who all came with the book that would remain with us forever and with the instrumentalist and symbols which non of its kinds had been to the people before us,but despite that, God said every soul shall taste death and he depart from this world.

Remember,Abu Huraira, who memorized ten million handouts, with his super fast memory, Allah had given him so much knowledge and wisdom,but God said every souls shall taste death and he departs from this world.

Brothers and sisters,whatever you are boosting to be having this time had already been given to the people before us...but in definitive, Allah said every souls shall taste death and they departs from this world.

Ameen.
Please forgive my mistakes, for we are bound to make that..we are not perfect... (Perfection is an attribute of Allah), "especially, where I meant to enwrite hadith's but mistakingly wrote handouts". Do justice to my write up and you shall be exalted and be blessed, for it's a reminisce about the history of the people before us, when the people in the ancient world were in a darkest era.