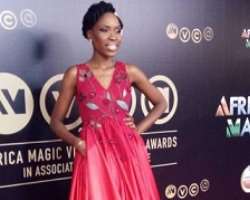 The past weekend will not be forgotten so soon after some Nollywood stars were seen taking home various awards from various categories at the just concluded Africa Magic Viewers Choice awards.

The high point of the awards was when actress, Stephanie Linus Okereke and Kemi Lala Akindoju, went home with brand new cars courtesy of the organizers.