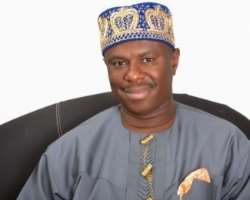 In a statement signed by the Director, Press and Public Relations,of the Ministry of Transportation, Mrs. Yetundue Sonaike, said the appointment takes immediate effect.

Dakuku, was the governorship candidate of the All Progressive Congress (APC), in the April 11, 2015 election. He was elected member, House of Representatives in the 7th Assembly, where he served as Chairman, House Committee on Petroleum Resources – Downstream.

Dakuku holds a doctorate degree in Management Science (Organisational Behaviour), from the University of Port Harcourt, MBA in Business Administration and a Bachelor in Medical Laboratory Science (B.MLs) in Haematology from the Rivers State University of Science and Technology, Rivers State.