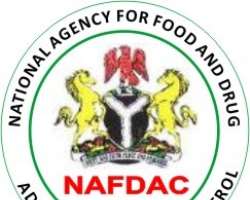 Onah was charged by the National Agency for Food, Drugs, Administration and Control (NAFDAC) on behalf of the Federal Government of Nigeria on five count charge bordering on possession and sale of fake drugs.

A graduate of Microbiology of the University of Nigeria and a postgraduate student of Mass Communication, Onah resides at No 12, Mosalashi St., Alagbado Lagos.

In the charge, the accused was said to have committed the offence on January 26,2016.

The prosecutor,Umaru Shamaki told the court that the accused sold fake brand of 200 mg of Amazon Amagyl a brand of Metronidazole tablets to members of the public.

When the accused was arraigned and the five count charge read to her in the earlier sitting, she had pleaded guilty to all.

Shamaki had therefore urged the court to remand the accused pending the review of facts.

At today's hearing,Shamaki reviewed the facts of the case and presented the laboratory analysis of the confiscated drugs which showed that it was fake.

The analysis, according to him showed that instead of 200 milligrams, it contains 20 milligrams, apart from the fact that it is fake too.

Counsel to the convict, Mr. Chinedu Moore in his allocutus pleaded for leniency and urged the court to temper justice with mercy.

He submitted that apart from the fact that the convict was sick, she was a first offender who did not have the intent to manufacture or sell fake drugs.

The convict, amidst sobs also pleaded for mercy, saying she didn't know the drugs were fake.

But the prosecution urged the court to award maximum sentence on her according to the law because she did the unlawful act intentionally.

He added that the convict dribbled investigators endlessly, refusing to name her suppliers until she took them (investigator) to her house where incriminating materials were found indicating that she manufactured the drug herself.

He said that the convict is a graduate of Microbiology and therefore knew what she was doing, adding that apart from drug labels, the other material found in her house was a weighing scale.

"When she was asked to show the operatives of NAFDAC where the drugs were being manufactured, she took the investigators to an unknown address, an address that does not exist. When they eventually got to his residence, they discovered items she uses in the manufacturing of drugs such as weighing scales and labels.

"With all intent and purposes my lord, she was manufacturing them herself. Therefore, I urge my lord to award maximum sentence as provided by law so as to serve as deterrent to others", he prayed.

In his judgment, Justice (Prof) Chuka Obiozor said: "I will give you a second chance as a first offender but those who took your drugs and died have no second chance".

He reprimanded the convict for being a 2:1 graduate of the University of Nigeria, Nsukka and chose to deal on fake drugs instead of staying in the village to find something worthy to do, if she could not get a decent job in Lagos.

The judge said: "Clara Onah you are hereby sentenced to seven years imprisonment at the women wing of the Kirikiri maximum prison on each of the count charges.

They are to run concurrently starting from January 26, when she was arrested and detained.

The offences contravened the provisions of section 1(1) (a), 3, and 3 (1) of the Counterfeit and fake Drugs Unwholesome processed Foods, (Miscellanous Provision) Act Cap 34, Laws of the Federation, 2004.