Synagogue: Coroner Cannot Determine That Collapse Was Due To Structural Failure – Justice Alogba 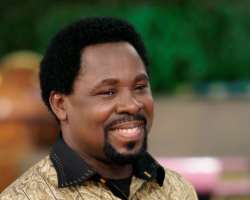 The coroner’s verdict which recommended the prosecution of the engineer and contractor that handled the collapsed Synagogue Church of All Nations (SCOAN) building has been faulted by Justice K.O. Alogba of the High Court of Lagos State, Ikeja Division.

While delivering his ruling on the application for judicial review filed by the lawyers to Registered Trustees of The Synagogue, Church of All Nations, Justice Alogba clearly stated that the coroner lacked the powers to recommend the prosecution of the contractors.

It would be recalled that in its verdict of July 8, 2015, the coroner had recommended the prosecution of the contractors that handled the construction of the collapsed building in persons of engineer Akinbola Fatiregun of Hardrock Construction and engineer Oladele Ogundeji.

Justice Alogba equally faulted the finding of the coroner which stated that the collapse of the building was due to structural failure. The judge submitted further that only a civil court could make such findings based on the facts presented before it.

Earlier, Justice Alogba had refused the prayer of the Lagos State Government urging the court to strike out the application for judicial review arguing that it was filed out of time.

Responding to the prayer of the Lagos State Government, Justice Alogba submitted that the application was in order as it was filed within the three months period stipulated by the rules of court.

As it stands, the recommendation by the coroner that the contractors should be prosecuted has been quashed by Justice K.O. Alogba of the High Court of Lagos State, Ikeja Division.

Nosa Osazuwa was present during the court proceedings