Super meltdown for the Repubilcan Party on Super Tuesday 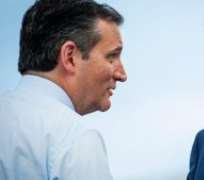 This is what a party meltdown looks like.
Faced with the increasing likelihood of a Donald Trump nomination, the Republican Party and its voters are headed in opposite directions — with destructive potential consequences the likes of which no major political party has seen in more than a century.

Republican voters are on the verge of selecting a nominee. The party establishment, meanwhile, is largely in panic mode — with talk of a contested convention or third-party candidacies suddenly the most realistic ways to block a candidate they fear will harm the GOP for decades.

Why panic? On the single biggest day of voting until November, the leading Republican candidate is defending his decision to not immediately condemn white supremacists.

The speaker of the House — the highest-ranking Republican in office — held a news conference to denounce the front-runner's action. The party's most recent nominee labeled it, simply, “disqualifying.”

A Republican U.S. senator is vowing to seek out a “third option” if Trump is the Republican nominee. Conservative commentators are openly speculating about taking over another party for ballot purposes — the Constitution Party, for instance — to run a conservative as an alternative to Trump.

Yet, the Trump train rolls, likely through Super Tuesday and well beyond. His chief rivals are left blasting him for, among other things, his spray tan and the size of his hands — insults worthy of a race for class president, except they might get a student suspended.

It has party leaders perplexed and not amused.
“It shows that there's not a cohesive party. It's a group of disparate parts,” said Fred Malek, a Republican operative and fundraiser who has worked in high-level GOP circles for more than four decades. “The only way to win is to coalesce around a qualified and electable candidate.”

That window is closing, and fast. The GOP has no break-glass plan to block a candidate who gets enough delegates to be the nominee from winning the nomination.

How the party got here is a complicated question. It weaves through John McCain's selection of Sarah Palin as a running mate; the GOP's awkward embrace of the tea party movement that rose in reaction Obama presidency; the turn toward celebrity in politics that both parties have sought to channel; and the exquisite and flamboyant salesmanship of Trump, who has remade the rules of politics by running on themes voters are responding to in shocking numbers.

How the party gets from here is perhaps more complicated. Trump may still get blocked via the front door, though options for denying him a majority of delegates are limited, given the still-divided nature of his opposition.

Trump has repeatedly threatened to go third-party himself if the GOP establishment tries to steal the nomination from him. Whether it's Trump or someone else going that route, it's hard to imagine a scenario where that doesn't result in the election of a Democrat to the White House — Hillary Clinton, most likely.

Trump himself has shown a repeated capacity for defying expectations. He should not be underestimated in his appeal to working-class voters, and building new and unexpected coalitions of voters.

Republican Party leaders have boasted of the turnout records they're setting in early-voting states — evidence, they say, that the GOP can grow and is growing, even while Democratic turnout falls well short of 2008 levels.

The chairman of the Republican National Committee, Reince Priebus, has made clear that the only bet that matters this year is on the White House.

“We’re cooked as a party for quite a while as a party if we don’t win in 2016,” Priebus said in October, back when most in the party assumed Trump would collapse by now.

Trump can demonstrate broad regional appeal today, and begin to put together a sizable delegate lead. It's starting to get warm.