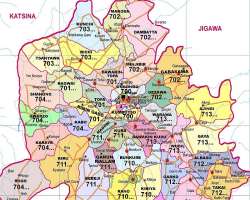 Kano State Head of Civil Service, Muhammad Awwal Na`iya has flagged off the commencement of Bio-metric Data Capture Exercise for civil servants in the state today.

This was contained in a statement signed by the public relation officer in the office of the head of service, Mustapha Ibrahim Fagge.

The exercise started with four MDAs which include Ministry of Land and Physical Planning, Project Monitoring Bureau, Hisbah Board, as well as Audu Bako College of Agriculture Dambatta.

The head of service disclosed that the rationale behind conducting this exercise was to have up to date record of workers serving in the state as well as to ascertain their correct remuneration record and grading, adding that adequate measures have been put in place to ensure that a hitch-free Bio-metric Data Capture exercise which is devoid of any anomalies is carried out.

Na’iya assured that the exercise would fish out civil servants with double employment and ghost workers, stressing that government would not forgive such attitude and any body found-wanting would be dealt with accordingly.