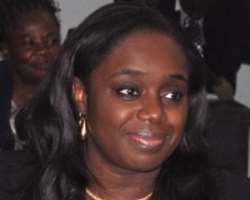 Nigeria’s finance ministry said Sunday that it had saved millions of dollars for the cash-strapped government by removing more than 20,000 “ghost workers” from the state payroll.

The eliminated ghost workers represented just a “percentage” of “non-existent” staff who had been receiving monthly wages, highlighting the brazen corruption in Africa’s biggest economy.

“The salary bill for February 2016 has reduced by 2.293 billion naira ($11.53 million),” finance ministry advisor Festus Akanbi said in a statement.

Akanbi said that stricter payroll regulation would boost the budget at a time when Nigeria’s state coffers are depleted as a result of the collapse in global oil prices.

Trimming personnel costs “is key to funding the deficit in the 2016 budget, as savings made will ultimately reduce the amount to be borrowed,” Akanbi said.

Nigerian President Muhammadu Buhari announced a record budget in December promising to stimulate growth and build infrastructure in the oil-rich but import-dependant nation.

He has vowed to infuse the budget with money recovered in his quest to stamp out endemic corruption in Nigeria.