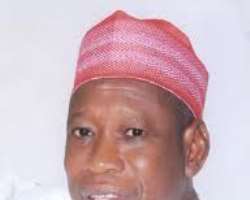 Kano state Governor, Abdullahi Umar Ganduje has announced plans to construct a permanent secretariat for the APC in the state, saying the project is currently being designed.

We will not use government funds to build the secretariat, but we will seek donations from wealthy members of our party Ganduje said.

Ganduje, who said this while addressing APC stakeholders from all the 44 local government areas of the state at the Coronation Hall, Government House, said the project was conceived after he had visited the present secretariat of the party and found it too small to accommodate its executives and key members.

Governor Ganduje also stated that he plans to ensure that APC ceases to operate from rented shops in all the local government areas of the state, in the longer term, pointing out that elders and leaders of the party are working hard towards strengthening unity among its members.

While taking a swipe on some politicians who are bent on causing disaffection between his government and that of his predecessor, Engr. Rabi’u Kwankwaso, he asserted that his administration has spread political appointments to cover all segments of the party in the state in the interest of continuity and fairness.