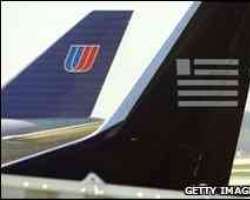 Both airlines still believe the industry can benefit from consolidation

Merger talks between two large US airlines, United Airlines (UAL) and US Airways, have ended after the latter brought discussions to an end.

US Airways said that after “careful consideration” its board of directors had decided to discontinue the talks.

But it said that it still believed consolidation made sense in a “fragmented” airline industry.

The statement was the first official acknowledgment by the firm that it had been in talks with UAL.

UAL did not comment on the US Airways statement but said it also thought that the US airline industry could be boosted by consolidation.

“We thoughtfully consider opportunities, based on what's in the best interest of our company, our employees, our customers, our shareholders and the communities we serve,” it said.

The four-week period of talks was the the second round of merger discussions between the firms since 2008.

There have been a number of tie-ups between prominent airlines since the industry was hit by sharply higher fuel prices and the global recession.

After the break off in talks was announced, US Airways shares fell by 3.85% to $6.50 on the New York Stock Exchange.