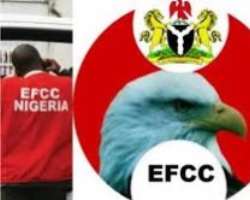 The Economic and Financial Crimes Commission has initiated a discreet probe into the $2billion Malabu Oil deal to ascertain whether the country was short-changed.

The agency may interact with those who were parties to the agreement including five former ministers, an ex-Group Managing Director of NNPC and top officials of the Department of Petroleum Resources.

Already, a former Attorney-General of the Federation and Minister of Justice, Mr. Mohammed Bello (SAN), has written to the EFCC on how the deal was struck with Shell Nigeria Ultra Deep Limited (SNUD).

He said although the 2006 transaction predate his appointment as the nation's former AGF, it was transparent and value-driven.

Investigation by our correspondent revealed that the EFCC has been reviewing the oil deal following fresh international dimension to it.

Justice Edis of the Southwark Crown Court, London, last December 14 stopped payment of N17 billion to Malabu Oil and Company. The judge said he was “not sure that the Goodluck Jonathan administration acted in the interest of Nigeria by approving the transfer of the money to Malabu.

“I cannot simply assume that the FGN which was in power in 2011 and subsequently until 2015 rigorously defended the public interest of the people of Nigeria in all respects,” the judge ruled.

The highly-placed source said: “So far, we have obtained relevant documents showing all those who signed the Settlement Agreement on Malabu between 2006 and 2011. They include Daukoru, Adoke, Diezani, Aganga, ex-GMD NNPC.

“There were agreements on November 30, 2006 and April 29, 2011. Following fresh issues, ex-President Goodluck Jonathan on June 17, 2013 directed that the complaints of Malabu Oil and gas be looked into.

“This case is a complex one but we will get to the root of it. The Malabu Oil deal started in April 1998 during the administration of the late Head of State, Gen. Sani Abacha, to the government of ex-President Olusegun Obasanjo and the tenure of ex-President Goodluck Jonathan.

“We have many past public officers to engage. It is therefore premature to assume that any of these officers we are interacting with is dubious or fraudulent. The outcome of the ongoing investigation will determine it.”

But a former Attorney-General of the Federation, Mr. Mohammed Bello Adoke (SAN) has written to the EFCC on how the deal was struck with SNUD.

Part Adoke's document reads: “It is pertinent to reiterate that the transaction relating to the award of OPL 245 to Malabu oil and Gas Limited predates me in office as the Terms of Settlement wherein the Federal Government of Nigeria(FGN) re-awarded Block 245 to Malabu Oil and Gas Limited(Malabu) were executed under my predecessor in office, Chief Bayo Ojo(SAN) as far back as 30th November 2006.

“Consequently, on assumption of office in 2010, I was not only saddled with the responsibility of implementing  the Terms of Settlement which had already been reduced to a Judgment of the Federal High Court but also confronted with an ICSD Arbitration instituted by Shell Nigeria Ultra Deep Limited(SNUD) which the company was claiming in excess of $2billion damages from the FGN for wrongful revocation of OPL 245 previously granted to them.”NATION