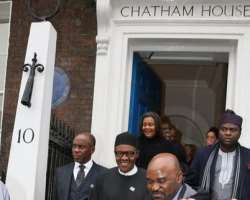 Over the decades, Nigeria has ratified several international treaties on environment, violence, child right, trade e.t.c but many of these treaties are not operational in the country because they have not been domesticated, thus remain ordinary document in the nation’s legal framework. Since they are not domesticated, these treaties are not national law and therefore cannot be employed in defence of cases involving their violations before courts of law in the country neither can they be used for advocacy of rights within the country. Further to this, violators, maybe state institutions or individuals cannot be held accountable for any international treaty that has not been domesticated in the country.

From a broad perspective, international treaties are prepared with varieties of specific and conventional issues taken into consideration. For example, some are drawn from the experience and practices of values of countries. This explains why it is always put to many experts and worked on for many years. As these international instruments are agreed upon it promises to provide for world peace as it is respected in various countries, it will foster mutual understanding in the community of nations. Thus, a move by a nation to domesticate an international treaty is an apparent commitment that a nation is committed to keeping the world peace starting with persons within her defined borders. No doubt, domestication of international treaty strengthens, protects, promotes, and brings to high focus the nation’s agenda of that international law.

Nigeria has given herself actively to participating and signing of international treaties as it applies to the nation, but lesser attention is given to domestication of such treaties signed by the country, even after many years of such international agreements. For example, the African Union Convention for the Protection and Assistance of Internally Displaced Persons in Africa is a treaty of the African Union that addresses internal displacement caused by armed conflict , natural disasters and large-scale development projects in Africa. The Convention was adopted in October 2009. As of 2015 it has been signed by 40 and ratified by 24 of the 54 member states of the African Union .

Article 5(4) specifically establishes state responsibilities for the protection and assistance of internally displaced persons, whose displacement is the result of "natural or human made disasters, including climate change . However, Nigeria among other African nations signed and approved the ratification of the African Union’s Kampala Convention for the Protection and Assistance of IDPs in Africa on 17th of April 2012, yet this convention has not been domesticated despite the vulnerability of IDPs.

This is a critical issue, internal displacement is at high level in Nigeria, in the last few years, millions have been displaced in Nigeria due to violence and climate change, between July and October 2012 alone, according to the National Emergency Management Agency (NEMA) in a published report, 7.7 million were affected by flood across Nigeria out of which 2.1 million were internally displaced. Despite the large number of displacement in Nigeria and the challenges confronting them, the country is yet to domesticate the Kampala treaty on IDPs which will give a clear sense of legality to the recovery and rehabilitation of displaced persons. This among other salient issues have been signed at international level for many years but not domesticated in the country.

Section 12 (1) of the Constitution of the Federal Republic of Nigeria 1999 about implementation of treaties states that “No treaty between the Federation and other country shall have the force of law except to the extent to which any such treaty has been enacted into law by the National Assembly”, this further strengthens the fact that a treaty, no matter how salient the issue it addresses is, is not applicable in the nation’s domestic legal system until it is domesticated by the National Assembly. Therefore, if bogus national funds are committed to salient issues at international level, and treaties are signed and ratified by Nigeria, such treaty should be subjected to domestication through the National Assembly in order to allow Nigerians at all levels benefit from international activities of the government. International treaty needs corresponding national laws, systems that comply with international law, and domestic enforcement to have real impact on the lives of the masses.

The previous governments in Nigeria have signed several treaties yet to be domesticated, it’s important that such treaties are domesticated. In recognition of the effort of the Law Review Committee by the current (8th Assembly) House of Representative Committee on Justice, saddled with the responsibility of identifying international treaties for domestication, such move as set by the committee Chairman, Rt. Hon. Razak Atunwa after so many years is laudable and should be sustained by future chairmen of the Justice Committee.

Conclusively, it is not enough to domesticate international treaties ordinarily, but there is the need to sensitize legal practitioners on the laws as well as to provide the people with informed knowledge of what the laws constitute. Every level of government - from a local to state and federal government - is responsible for seeking enforcement of those obligations for the progress of the nation. Civil society should also join such advocacy, in their circles of influence, to push not only for domestication of international treaties but sensitization of masses to know what is in for them.

Olawale Rotimi can be reached through phone with 08105508224 or email: [email protected]