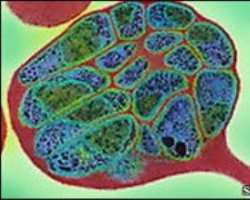 child every thirty seconds somewhere in the world. But most of them

are culpable of disarming our most effective weapon--insecticides such

as DDT.
DDT was first used on a large scale in World War II to stop

insect-borne epidemics such as typhus. It surpassed all expectations

in fighting malaria around the world, saving millions of lives. In

to less than 100,000.
DDT slashed malaria infection and deaths across southern Africa. In

stopped using DDT and by 2000 malaria deaths had increased eight-fold.

remarkable 80 per cent.
The 1960s, however, saw the rise of the Western environmentalist

movement, which vilified the use of insecticides such as DDT. This

helped malaria rise again, in India as in South Africa, and even now,

four decades later, insecticide use is threatened by environmentalist

alarmism.
For example, new research published in the British Journal of Urology

International alleges a link between DDT and birth defects in boys

among the Venda people in northeastern South Africa. A grave finding

if true but, as with the charges thrown around by environmentalists,

it does not stand up to scrutiny. The incidence among Vendas living in

houses with DDT indoor residual spraying is high, at around 11 per

cent, so there is a problem. But the figure for those living in houses

never sprayed with DDT is also high and statistically equivalent, at

10.2 per cent.
Clearly, more research is needed but this generated typically

scaremongering headlines about DDT, even though there is still no

evidence that it can harm humans. Indeed, for decades DDT was used in

great quantities in agriculture around the world with reckless

abandon--and malaria was eradicated in the Southern US States,

Southern Europe and many other regions.
This lack of evidence, however, has not prevented Western governments

and international organisations from legislating against or

prosperous and does not depend on aid. Weaker countries have not been

able to resist pressure from aid donors and international

organisations to reject DDT.
For instance, in 2005 one of the world's most highly malarial

European Union officials in Kampala raised fears that even the tiniest

reject it. Ironically, growers even feared that DDT, a chemical we

know does not cause cancer, would be found on tobacco, a product we

know does cause cancer. This shut down a life-saving programme, with

zero benefit to EU citizens.
This is not just an old, regrettable, story: it has dire consequences

for the future.
Although DDT is highly effective, fighting malaria requires new

weapons. Yet so successful has been the anti-insecticides campaign

that there has been almost no investment in new insecticides that

could be used against malaria. Meanwhile, governments, foundations and

companies have invested hundreds of millions of dollars over decades

in the elusive search for a malaria vaccine. There is now only one

maker of DDT.
Shamefully, tens of millions of dollars have also gone into the

desperate, and fruitless, search to find some harm to humans from DDT.

Thwarting the use of insecticides that protect people from disease is

unscientific, nonsensical and cruel. Defending children against a

based only on unproven, theoretical risks.
America's USAID used to put pressure on some countries to reject DDT,

like most donors. Now, USAID alone funds DDT use, so maybe there is

hope. African governments must now stand up to the double standards of

aid donors and activists who prevent the use of insecticides with

fears of human harm and threats to trade.
Richard Tren is president of Africa Fighting Malaria and author (with

Donald Roberts) of the book The Excellent Powder--DDT's Political and

Scientific History, launched this week. Dipo Salimonu is an Adjunct