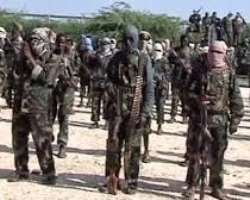 A Pro-democracy Non-Governmental Organization- Human Rights Writers Association of Nigeria (HURIWA) has askedPresident Muhammadu Buhari to dismiss immediately the Information and Cultural Minister Alhaji Lai Mohammed for his offensive comments on the quality of weapons in use by Nigeria in the ongoing counter-terror war.

In a media statement jointly endorsed by the National Coordinator Comrade Emmanuel Onwubikoand the national media affairs director miss Zainab Yusuf, the rights group said it would amount to tolerating impunity and reckless talk if Mr. President should either fail to sack the information minister or impose some form of deterrent administrative sanctions for his careless talk which endangers national security of Nigeria.

Beside the Rights Group said the false allegation made against the immediate past federal administration by the information minister on the quality of weapons bought for the counter-terror war could be the single motivational factor that has encouraged Boko Haram Terrorists to embark on a renewed onslaught and bombing campaign targeted against soft civilian targets and military facilities in the theater of war because they believe what a top ranking minister of the current government said regarding the state of the combat weapons.

HURIWA also affirmed that “it is shocking and disappointing that soon after Alhaji Lai Mohammed made the sensational and politically charged statement alleging that President Jonathan bought substandard weapons which are used for counter terror war, the Boko Haram elements who were hitherto said to have been technically degraded emerged from their hideouts and commenced ferocious attacks in Borno, Adamawa States with the high casualties including the complete razing down of Dalori town near Maiduguri and the burning to death of dozens of children. The president must sanction his minister of information for putting the lives of both our soldiers and civilians at risk.”

The Rights group said it was wrong for the information minister who has little or no classified information on the auditing of the standards of Nigeria’s military combat weapons to carelessly issue and circulate media statement to run down the nation’s hard working soldiers by his politically -motivated but largely unsubstantiated allegation that Nigeria’s soldiers are fighting terrorists with substandard weapons bought by the last government.

The group commended the Defence headquarters for courageously and professionally telling Nigerians that our soldiers are combat ready and are indeed battling the terrorists with standard weapons. The Rights group has therefore warned the information minister to stop playing politics with the serious national security matter such as the ongoing counter terrorism war.

According to the statement the minister described as “unfortunate and unsubstantiated a statement credited to former President Goodluck Jonathan attributing the recent successes in the war to the weapons allegedly bought by his Administration that were delivered after he had left office.”

The minister said the weapons, munitions and equipment which the former president “said he bought were refurbished and lacked the basic components and spare parts.”

Besides, the statement said “additionally, the ammunition bought for both high calibre and small weapons have mostly expired, incompatible with weapons and grossly inadequate.”

It said the situation was so pathetic that soldiers were often transported in Civilian JTF vehicles, civilian vehicles, trailers and water tankers when going to the theatres of operation.

But the Nigerian military has dismissed insinuations by Minister of Information and Culture, Lai Mohammed that troops are using inferior weapons procured by the past administration of former President, Goodluck Jonathan in its fight against insurgency in the North-East.

Abubakar said, “What I know is that we are using equipment which is okay for us. We have been achieving results. What I know is that we have equipment that can take us to where we are going. However, you cannot say you have everything you need for your operations. Even the developed nations’ Armed Forces lack one thing or the other.”