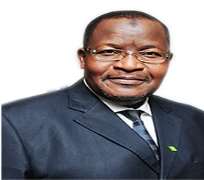 The â€ŽNigerian Communications Commission (NCC) on Wednesday disclosed that internet users on Nigeria's telecoms' networks decreased by 788,215 in December 2015.

The telecoms' regulatory body disclosed this in its Monthly Internet Subscriber Data statistics.

According to the NCC users on both Global System for Mobile communications (GSM) and Code Division Multiple Access (CDMA) networks stood at 97,182,014 as at December 2015.

This, the Commission said was in contrast to 97,970,229 internet subscribers recorded by the operators in November, hence, decreasing by 788,215 users in December.

It also showed that the CDMA operators added 3,259 subscribers browsing the internet on their networks, after 149,471 customers used the internet in December, against the 146,212 recorded in November.

According to the data, Globacom has 25,082,066 subscribers surfing the net on its network in December, from the 24,952,559 that surfed the internet on the network in November.

It said that the figure increased by 129,507 users in the month under review.

It showed that those browsing the net on Etisalat's network rose by 28,481 in December.

On CDMA operators, the NCC disclosed that Multi-Links and Visafone, had a joint total of 149,471 internet users on their networks in December.

It showed that the only two surviving CDMA networks in the country recorded an increase of 3,259 internet subscribers in the month under review, from the 146,212 users they recorded in November.

Multi-Links had 259 internet users in December, same from the November record of 259 users, according to the data. â€Ž