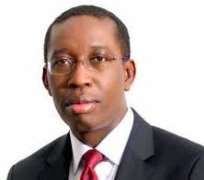 Untold hardship has closed in on law abiding Deltans and others who resides in Cable-Point road over the alleged non-payment of compensation to those whose houses and shops were demolished following the dualization of the Nnebisi end/Cable-Point road by the Dr. Ifeanyi Okowa-led government.

Okowa, at the wake of the last quarter of 2015 approved a dual carriage road for Cable-Point resident and duly promised that his government would compensate those whose buildings would be affected.

However, our correspondent who visited the ongoing construction site by CCECC Nig. Limited to feel the pulse of the people revealed anger, pains and rejection on the faces of those whose houses and shops have been demolished without any form of compensation especially those living from the Total Filling Station.

Although, the manager of the Total Filling Station whose part of land was destroyed refused to comment on the matter whether the company (Filling Station) has been compensated said, “I am not a politician, I don’t have the powers to comment on this matter” before angrily walking out on our reporter which shows that the long awaited compensation has not been paid.

Not perturbed with the attitude of the manager, our correspondent met a middle-aged woman (name withheld) who seems to be waiting for an opportunity to pour out her disapproval and the injustice been perpetrated on them by the state government, said “my shop was demolished and nothing has been paid. They told us that they will pay us some money but as I speak with you not a kobo has been paid”.

“I am living with three of my children whom I feed with whatever earning from the shop but now life has been unbearable for us as there is nothing to eat”, she lamented.

Some others who spoke expressed their dissatisfaction over the demolition which to them is turning to a witch-hurt by the state government, noting that the situation is gradually bringing restiveness in the area.

A cross section of residents whose house were not demolished however expressed fears that the company would not go far before the rains would set in, “this is February, they are still digging and sand filling. Once we enter into March and April now the rain will start falling, we are seeing abandonment of this road project”, they said.

Meanwhile, there is an allegation of N200 million provided by the state government for compensation but is presently cooling off in the pockets of some ill-fated element who are bent on seeing the people die in abject poverty and hunger.

When asked on the amount of money to be given to them as compensation, the respondents said, “We don’t even know how much the state government has provided as compensation money for us”.

When our correspondent visited the office of the Commissioner for Work, Chief James Augoye who was not on seat at the time of the visit to comment on the alleged diverted N200 million, however contacted the Public Relations Officer (PRO) of the ministry on phone but was told that the Commissioner was on a tour.

While the state government is not proactive in the payment of compensation to Cable-Point residents, it was reliably gathered that the same government has compensated those whose houses and shops were demolished at old Agbor road which leads to Okowa’s house in Owa-alero, the home of the governor.

At the time of this report, excavation work by the construction company, CCECC Nig. Ltd has almost reached the popular cable-Point market.