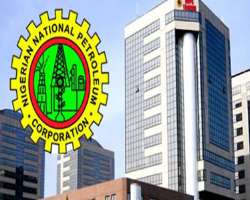 The Federal Inland Revenue Service [FIRS] is to engage the services of at least four major audit firms to carry out tax assessment of banks, multinational companies and other corporate tax payers. The firms expected to be involved in the audit exercise are Akintola Williams and Deloitte, KPMG Professional Services, Ernst and Young as well as the PricewaterhouseCoopers Nigeria.

The move is part of the innovative measures by the FIRS to meet its revenue target of N4.95tn for the 2016 fiscal period. Value Added Tax  is expected to contribute the sum of N2tn or 40.35 per cent of the entire revenue; Companies Income Tax is planned to rake in N1.87tn, or 37.87 per cent; Petroleum Profit Tax would bring in N800bn or 16.14 per cent and Education Tax will account for N180bn or3.63 per cent.

Others are the National Information Technology Development Fund, N20bn or 0.4 per cent and Consolidated Development, N80bn or 1.61 per cent. The big professional audit firms are being considered to carry out the audit task owing to their huge experience, which would be needed in improving the level of compliance by their clients.

The audit exercise, which would be carried out within 30 days, it was learnt, would take into consideration the various year-end and peak points of activities of the various companies. This, it was gathered, was expected to raise the level of compliance with the tax laws, thus increasing the level of tax collections. Our correspondent also learnt that as a result of an increase of about 359,158 in the number of corporate tax payers, the need for the services of professional audit firms to conduct the exercise became imperative.

Apart from private companies, the FIRS also planned a joint audit of all government agencies across the country. Already, the Chairman of the FIRS, Mr. Babatunde Fowler, said the service had secured the approval of the Minister of Finance, Mrs. Kemi Adeosun, to carry out the exercise.

Fowler said that the need for the joint audit arose because the arrangement where government agencies were deducting withholding tax and VAT from the contractors' pay and remitting same to the federation account had not yielded the needed results.

The audit, he added, had also been extended to all banks operating in the country to ensure that all tax revenues of the government were remitted to the federation account.

He said, 'We did have a situation whereby we expected them (agencies of government) to remit taxes to government, including withholding tax and Value added tax, which was not done.

'We have now in discussion with the minister of finance decided to do a joint audit on all federal ministries, departments and agencies.

'We've also written to all the state governors requesting for their cooperation and that they should help put in place a system whereby all the Federal Government taxes that are due from the state governments are also remitted electronically. I am glad to report that as at last week, the Ogun State governor (Ibikunle Amosu) has responded and we are still waiting for responses from other state governments.

'We are also putting in place a system in the office of the Accountant General of the Federation to ensure that all payments done by the government and all taxes due are deducted immediately and remitted to the federation account for onward allocation at the Federation Accounts Allocation Committee.'

The FIRS was unable to meet its 2015 target of N4.57tn due to the drop in oil taxes as well as the non compliance with the tax laws by some companies; only N3.74tn was generated within the period. For instance, out of a target of N1.48tn for the Petroleum Profit Tax, the service was able to generate N1.28tn, indicating a revenue performance of 86.87 per cent.

For VAT, the sum of N767.33bn was generated out of a revenue target of N1.28tn, representing just 59.77 per cent of the revenue target. In the area of CIT, the service collected a total sum of N1.29tn out of its target of N1.51tn, indicating a revenue performance of 84.89 per cent. Punch