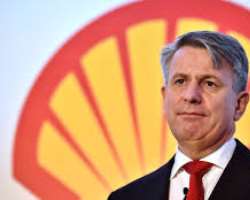 In addition to Bonga, Shell also declared that it has exited the Bab sour gas project in Abu Dhabi, and is postponing final investment decisions on LNG Canada project in British Columbia.

These changes in policy were made known by Chief Executive Officer of Shell, Ben van Beurden, during the presentation of the company's fourth quarter and full year 2015 results. He said: “We are making substantial changes in the company, reorganising our Upstream, and reducing costs and capital investment, as we refocus Shell, and respond to lower oil prices.”

Under the licence, which still has to be approved by the Governor in Council, LNG Canada is allowed to export 1,494 billion cubic metres.

The project, proposed by the joint venture of Shell, PetroChina, Kogas and Mitsubishi Corporation, would initially consist of two 6.5 metric tonne per annum (mtpa) LNG production trains with an option to expand the facility with additional two trains.