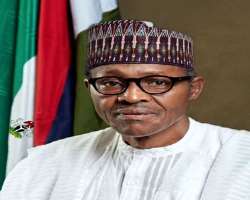 President Muhammadu Buhari on Wednesday said his government would not rest until the over 200 schoolgirls, abducted from the Government Secondary School, Chibok in Borno State in April 2014, were rescued alive.

He also, for the first time, reacted publicly to the attempt by a former Minister of Niger Delta Affairs, Godsday Orubebe, to disrupt the collation of the results of the 2015 presidential election, describing it as a desperate attempt to maintain the status quo for selfish reasons.

Buhari made the submission in a speech he delivered to the parliament of the European Union in Strasbourg, France.

A copy of the speech was obtained by our correspondent in Abuja.

Buhari said he remained committed to the promise he made to the parents of the abducted girls that his administration would rescue them alive.

He thanked individual EU member states for their assistance towards the success of the Nigerian military onslaught against the Boko Haram sect while noting their pledges to support efforts towards the rescue of the kidnapped girls.

The President added, 'It may interest you to know that in a recent meeting I had with parents of the Chibok girls, I assured them that government would not rest until all the girls are rescued alive and reunited with their families.

'I remain fully committed to this pledge.
'Since my assumption of office in May last year, we have re-organised the Nigerian Armed Forces and repositioned them to deal decisively with the Boko Haram terrorists.

'Indeed, all the Local Government Areas that were hitherto under the control of the Boko Haram terrorists in Adamawa, Borno and Yobe states in the North-Eastern flank of Nigeria, have been recaptured.

'The Internally Displaced Persons are gradually returning to their communities. The Federal Government is committed to rebuilding schools, hospitals and other vital infrastructure destroyed by the fleeing terrorists.

'Currently, the activities of Boko Haram have been reduced to the Sambisa Forest and their capacity to launch major offensives has been degraded.

Buhari, however, expressed concern about the alarming security situation in Southern Libya, which, he noted, was becoming a strategic time bomb for Africa and Europe.

He said the ungoverned swath of land of Southern Libya had become a thriving arms bazaar, which constituted a threat to the security of the Sahel-Sahara region as well as the West African region and beyond.

'We must therefore intensify our efforts to find a lasting solution to the Libyan crisis,' he stated.

Buhari said despite its various challenges, democracy had come to stay in Nigeria.

He pointed out that sooner than expected, the country would be counted among the most stable democracies in Africa.

The President added that the drama, orchestrated by Orubebe at the National Collation Centre, where the results of the last presidential election were being released, was momentarily frightening.

He said the maturity, displayed by officials of the Independent National Electoral Commission, saved the day.

He said, 'The drama that took place at the National Collation Centre was a momentarily frightening situation, unleashed by desperate agents of the status quo, with the purpose of maintaining their grip on the national resources for their selfish interests.

'The maturity and patience, with which the officials of the Independent National Electoral Commission, under Prof. Attahiru Jega, handled the matter, saved the struggle for democracy and the huge European contributions. We must thank God that Nigeria survived this drama.

'As I have stated at other fora, the action of Nigeria's former President, Goodluck Ebele Jonathan, is commendable.

'For the first time in the history of Nigeria, a presidential candidate and sitting President, conceded electoral defeat in defiance of calls by strong forces and agents and benefactors of the regime not to do so.'

He listed the challenges posed by the problems to include internal strife, refugees, drug and human trafficking.

He said since chaos was not a neighbour anybody would wish to have, it was important for countries to cooperate and tackle these serious problems in Africa.

The President described Nigeria as a peace-loving nation that had played a critical role in conflict management and resolutions within and outside Africa.

Buhari added, 'Peacekeeping and peace-building have been part of Nigeria's foreign policy since independence.

'Nigerian troops have participated in almost all United Nations sub-regional and regional peacekeeping and peace-building operations.

'In spite of our current security challenges, Nigeria is among the 10 top troops contributing countries to the United Nations Peacekeeping Operations around the world with huge financial and human commitment.'

He lamented that Nigeria had been watching helplessly as the Lake Chad was drying up.

This, he added, had consequences on the people in the area.

He said, 'Nigeria is watching helplessly as Lake Chad is drying up. This has monumental consequences on the people living in the Lake Chad Basin, whose livelihood has, for generations, been dependent on the resources of the lake.

'These resources are fast dissipating, throwing communities out of jobs.

'It is pertinent to mention that all the Lake Chad contiguous states are facing the effects of climate change. Collectively, we are under obligation to face these common challenges.

'Our collective efforts may not be enough as we are constrained by the dearth of funds, technology and manpower to initiate the right solutions.

'We are therefore, calling for quick global actions to address the issues. Indeed, these will serve in part, as panaceas for the issues facing the countries sharing the Lake Chad resources.

'In an effort to find a lasting solution to this problem, Nigeria had contributed the sum of $5m, which had already been used in the conduct of holistic study for Inter-Basin Water Transfer from Congo Basin to Lake Chad. The study has revealed that the project will require the sum of $15bn to reach completion.

'I wish to state that this study has indicated that the proposed Lake Chad Project would be able to pay back this huge investment, if it is private-sector driven. Against this background, let me invite the Parliament to use its good offices by lending its support towards the realisation of this laudable project.' - Punch.