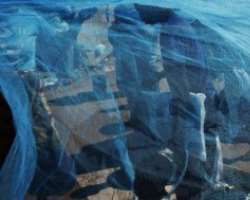 Uganda dispatched a team of more than 370 health workers to the northern part of the country on Monday where a malaria epidemic ravaging the region since July has killed about 658 people.

Uganda reported an unusual outbreak of malaria in the north of the country in July, which health officials say has affected one million people from a population of about 39 million.

Uganda has one of the highest rates of malaria in Africa, with some 100,000 deaths, mostly pregnant women and children under five, and 16 million cases a year, according to the country’s Ministry of Health.

The emergency team sent to deal with the epidemic consists of 26 medical doctors as well as clinical officers and nurses.

“The team has been contracted for a period of 30 days to offer case management at the health facility level,” said Asuman Lukwago, Permanent Secretary at the Ministry of Health.

District leaders in the affected areas have also been asked to recruit more health workers, depending on the extent of the problem within their area.

Northern Uganda has the highest number of registered cases of malaria in the country, government data shows.

The region is recovering from a brutal 20-year insurgency that destroyed most of its infrastructure, including health facilities.

“Due to various interventions, there has been a steady decline in the cases so far being registered,” Lukwago said.

“However, the outbreak continues to ravage people in the region.”

Globally, there were 214 million cases and 438,000 deaths from malaria in 2015, according to World Health Organization figures.

Data shows a global decline in new cases, with the Sub-Saharan region carrying a disproportionate burden of the disease.

Lukwago said as the ministry continues to monitor and trace more people with signs and symptoms of fever, it will also provide anti-malaria drugs and supplies to all health facilities in the affected districts.

As part of a long term intervention, Lukwago said the government will, starting in June, also embark on an indoor residual spraying campaign targeting 4.5 million people in 16 districts in the east and north of the country.

The government hopes the initiative will contribute to achieving and sustaining protection of at least 85 percent of the people at risk of malaria by 2017.

Lukwago said the campaign will later be scaled up to include more 50 districts where cases of malaria are also high, as part of the Uganda Malaria Reduction Strategic Plan 2014-2020.

However, the ministry is also appealing to the public to sleep under an insecticide treated bed net and destroy all breeding places for malaria vectors by clearing bushes, removing stagnant water near homes and working closely with village health teams to monitor and refer cases to facilities.

“Those already diagnosed with malaria are requested to complete the dose of anti-malaria given to them,” said Lukwago.