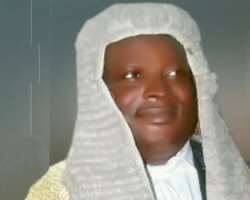 With INEC fixing the rerun elections into the State and National Assemblies on February 6th, 2016 based on the order of the Appeal Courts that nullified the earlier elections of March and April, 2015 declaring them as sham, fraudulent and unacceptable and in my efforts to present and highlight the capabilities of the candidates presented by All Progressives Congress (APC) for these elections, permit me to present before you an enigma on issues pertaining to legislature in Nigeria. RT. HON. OTELEMABA DANIEL AMACHREE was not only a one time Speaker of the Rivers State House of Assembly but also the longest serving member in any State House of Assembly in Nigeria.

Rt. Hon. Amachree has served his constituency a record four times, from 1999 till 28th May, 2015. His contribution to the nationally acclaimed stability of the Rivers State House of Assembly since 1999 is legendary.

FULL DETAILS ON RT HON AMAECHREE
Rt. Hon. Otelemaba Daniel Amachree was born on the 14th of November, 1963, to the noble family of Mr. and Mrs. Daniel Amachree. For his Primary Education, he attended Baptist State School, Buguma from 1970 to 1975, and proceeded to the Baptist High School, Port Harcourt in 1975 where he obtained the West African Senior School Certificate in 1980.

After a session at the Rivers State School of Basic Studies (Now College of Arts and Science), he gained admission into the prestigious University of Port Harcourt, bagging a B.Sc Honours Degree in Physics and Material Science in 1988.

On completion of his mandatory National Youth Service in Federal Government College, Jos, Plateau State, he had a stint in the private sector as a Procurement Officer with Bits and Sons and Solyd Limited. Considering the place of self development in his drive for excellence, he sought to satisfy his longing for further education at the Rivers State University of Science & Technology where he obtained the triple degree of Post Graduate Diploma in Business Studies (1997), Masters of Business Administration (MBA) in 2000 and Masters of Science in International Economics and Finance (2010), all of which have consolidated his public service credential as a proficient manager of human and material resources.

Rt. Hon. Otelemaba Daniel Amachree did not emerge on the Political Leadership of Rivers State House of Assembly by happenstance; he has come a long way with an immutable track record of mission, purpose and focus in politics. He was active in the Nigeria’s Third Republic of two-party system under the Social Democratic Party of Nigeria, building a viable political alliance and leadership bridge in the newly created Asari-Toru Local Government Area such that when he vied for legislative seat of Asari-Toru Constituency I in the Rivers State House of Assembly at the return of democracy in 1999, he got the overwhelming votes of his constituents whose utmost faith he had gained and has maintained his electoral victory at every turn since 1999, becoming a record fourth-term representative of his constituency and one of the longest serving member of the Rivers State House of Assembly.

Rt. Hon. O. D. Amachree’s aspiration for a legislative platform for public service is today justified in his legacies of performance both in constituency development and in Law-making from the vantage point of his leadership of the House caucus and its contribution to the nationally acclaimed stability of the Rivers State House of Assembly since 1999, and from his achievements as Chairman, House Committee on Commerce and Industry, Chairman, Committee on House Services, Chairman, House Committee on Local Government Chieftaincy and Community Affairs as well as Chairman House Committee on Energy and Natural Resources, in which capacity he initiated the epoch-making Port Harcourt International Oil and Gas Conference which third edition was recently organized by the House with unprecedented multi-national participation.

At the Inauguration of the 7th Assembly on 30th May, 2011, Rt. Hon. Otelemaba Daniel Amachree was unanimously elected as the Speaker of the Rivers State House of Assembly and has also been elected the Chairman, South South Speakers Conference for his Leadership acumen and responsibility.

A practicing Christian of the Baptist Faith, Rt. Hon. Dan Amachree is a Fellow of the Institute for Government Research and Leadership Technology. He is an holder of the prestigious King Amachree Distinguished Royal Award. He is also a Justice of the Peace and an Honourary Citizen of the State Georgia, USA, and on May 6, 2012 he was conferred with the 2012 Outstanding Person Award by the Junior Chambers International, Port Harcourt.

Also the Pan African Students Union Parliament(ASUP), the umbrella body that covers all students in the 54 African Union recognized Countries gave him The Pan-African Leadership Award in 2014 for excellently and diligently piloting the affairs of the Rivers State House of Assembly and his service to humanity.

Rt. Hon. Otelemaba Dan Amachree is married to Mrs. Otorusinya Gilda Amachree, and they are blessed with three sons and a daughter.

Conclusion
Every indication after the nullification of the fraudulent elections of 28th March, 2015 the election of Rt. Hon. Amachree as the next Senator to represent the Rivers Western Senatorial District becomes imperative. This is indeed good news because with this lawmaker extraordinaire in the Senate, both his immediate constituency and the entire Rivers State can be assured that their feelings and interests will be well protected and jealously guarded at the National Assembly.

Eze Chukwuemeka Eze is a Media Consultant based in Port Harcourt

Disclaimer: "The views/contents expressed in this article are the sole responsibility of the author(s) and do not necessarily reflect those of The Nigerian Voice. The Nigerian Voice will not be responsible or liable for any inaccurate or incorrect statements contained in this article."
Articles by Eze Chukwuemeka Eze
25-8-2016  Ibim Semenitari: Exceptional Amazon, Epitome Of Selfless Service5-8-2016  Elder C. N. Ulasi: 70 Garlands To An Icon And A Pillar Of Christ Church In Nigeria3-8-2016  Prof Nwaorgu: The Modern Father Of Otorhinolaryngology In Nigeria Recommends Establishment Of Functi15-7-2016  Amaechi And Rivers Resources: Separating Facts From Propaganda By An Insider30-6-2016  Insecurity: How Wike And Jonathan Created ‘rivers Of Blood’….why Rivers May Never Know Peace As LongMore...