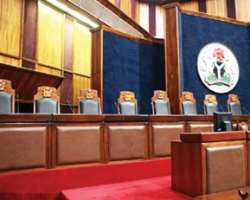 The apex court, in a judgment Friday morning, upheld Ejike Oguebego-led Executive Committee of the Peoples Democratic Party, PDP, in Anambra State and the list of candidates it sent to the Independent National Electoral Commission (INEC) before the last general election.

The court upheld the appeal filed by Ejike Oguebego-led Executive Committee of the PDP in Anambra against the judgment of the Court of Appeal on the issue.

Also by the judgment, Annie Okonkwo now automatically becomes the candidate of the PDP for the rerun election for the Anambra Central Senatorial district, which election was voided recently by the Court of Appeal.