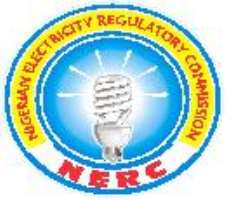 The Acting Chairman, Nigerian Electricity Regulatory Commission (NERC), Anthony Akah has described the awkward position of the Electricity sector as 'fragile', while also attributing the anomaly to the absence of a credible market realistic price for electricity.

The NERC boss‎ disclosed this during a familiarisation visit to the Director General, National Orientation Agency (NOA), Mike Omeri in Abuja.

He stated that in the face of obvious challenges, the Nigerian Electricity Supply Industry went insolvent as occasioned by the whooping N187 billion deficit recorded in 2015.

Nonetheless, he confirmed the Multi-Year Tariff Order takes effect February 1, 2016 with a view to ensuring that all the major players in the electricity industry abide by their performance agreement with the Federal Government.

In response, the NOA DG, advocated for an intensified campaign and the inclusion of Communities in the fight against pipeline, power and communication facilities vandals.

He maintained that Government means well for the general populace irrespective of the biting effect of the measure it adopts, just as he called for a better awareness of the Consumer Assistance Fund which ultimately favours indigent Nigerians desirous of the benefits of electricity.