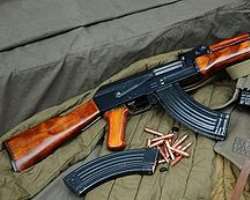 The Save The Nation Movement (STNM) has questioned the rationale behind the exclusion of the Chief of Army Staff, Major General Tukur Buratai, and other top army officers in the ongoing probe of the alleged involved of some military chiefs in economic and financial crimes in the management of personnel finances and the purchase of arms for the prosecution of the war against insurgency, despite that he (Buratai) was the Defence Head Quarters (DHQ) Director of Procurement between 2012 and 2015.

In a statement issued in Abuja today and signed by its National Secretary, Mazi Steven O. Chilaka, STNM said it was concerned that only Air Force chiefs were listed among those recommended for probe by the committee established to audit the procurement of arms and equipment in the armed forces and defence sector from 2007 to 2015.

The statement read; Major General Tukur Buratai was appointed Director of Procurement DHQ in 2012, a position he held until May 2015 that he was appointed Force Commander of the Multinational Joint Task Force (MJTNF), an appointment he held till he became Chief of Army Staff.

As Director of Public Procurement at the DHQ, all procurements by the military between 2012 and May 2015 passed through his office. Our question is; how can you probe procurement of arms within this period without the involvement of Major General Buratai, the man who was the Director of Procurement?

Curiously too, only retired and serving officers of the Nigerian Air Force were said to have been indicted.

Was the army being excluded from this probe to save Major General Buratai? Or Could procurements have been made without his involvement during the period that he was Director of Procurement?

Definitely, it won’t be funny if President Mohammadu Buhari’s fight against corruption is also selective against the military as it already appears to be against the political class and the President must look into this obvious case of selective probe as a matter of urgency.