Suswam's deputy, others defect to APC 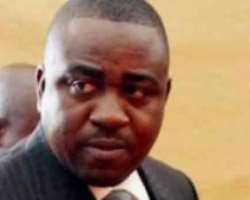 The Independent National Electoral Commission had rescheduled the rerun in the election between Senator David Mark of the PDP and Daniel Onjeh of APC for February 20.

The National Chairman of the APC, Chief John Odigie-Oyegun, who received the defectors on Saturday in Oturkpo Local Government Area of the state on behalf of the party, said the district could not afford to be in opposition, while urging them to join the mainstream politics.

Odigie-Oyegun, used the opportunity to call on Benue people to support the APC-led administration of President Mohammadu Buhari and Governor Samuel Ortom, in diversifying the economy through agricultural innovations.