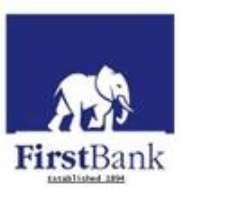 Some workers of First Bank of Nigeria have been shown the exit door as part of a thorough-going restructuring that is likely to affect the entire spectrum of the bank.

Some departmental managers and secretaries were among those affected in the downsizing exercise which  started December ahead of the management changeover that took place January1.

According to multiple sources in the bank, the new Managing Director of the bank, Mr. Adesola Adeduntan, has been given a clear mandate to do a surgical on the bank’s processes, structure and costs  to ensure more operational efficiency.

The sources said that the major issue the board of the bank had with the immediate past Managing Director of the bank, Mr Bisi Onasanya, was his inability to cut down on costs and deliver maximum return to the shareholders of the bank.

The bank's board it was learnt was not happy that Onasanya who retired from the bank effective January 1, failed to curtail the burgeoning cost elements that chipped off on the bank's profit profile.

Members of the board, The Rainbow learnt,  finds it unacceptable that the bank, which boasts of the highest gross earnings in the industry, has failed to turn the robust earnings into profitability advantage.

To the  chagrin of the board Zenith Bank Plc and GTBank have posted better profit profile than First Bank for more than five years running, with latest 9 months results showing that both Access bank and UBA are also chipping on the bank's position.

It was learnt that the  Group Chairman, FBN Holdings, Oba Otudeko, has made it clear to the new managing director of the bank, Adeduntan, that he has the mandate of the board to do all possible to restore the bank to its primus position, especially with regards to its profit returns.

In announcing the appointment of Adeduntan last May, Otudeko had said,  “Following an exhaustive and competitive process, we are proud to announce these appointments. In reaching these decisions we are mindful of the imperatives for a more efficient group structure that will benefit the Group's need to deploy systems which deepen efficiency while expanding revenue and returns on investment.”

According to our sources, although the recent sackings began before  the official take-off of the new managing director, the board had mandated the then MD in waiting to work with the former management to take actions that needed urgent attention.

“I am aware that the recent sacking in the bank is just the beginning. The bank wants a leaner but more efficient process that would deliver higher shareholder value to the bank. I think many of saw this measures coming. It is obvious that something had gone wrong in the way the bank was performing in relation to competition,” one of the sources, who would not want his name in print had said.

“There have been some internal deterioration which cannot be overlooked for-ever,” he added. But he would not expound on the deterioration.

Another source, while agreeing that the bank needs to work on its huge cost-income ratio, thinks that the problem may go beyond the workers’ retrenchment which the bank appears to have settled for.

He said the bank usually projects huge staff costs because  it lumps costs incurred by the directors, top management as part of staff costs.

To him, the problem with the bank is that some these directors incur a lot of costs, in form of estacodes for directors and a top-heavy management.

“ Incidentally, each time the bank talks about restructuring they overlook this major source of costs build up. When you look at the banks with which they want to reference us with, their structures are much leaner and smarter.

“Most of the time, you see directors including the chairman travelling in company with the managing director to events abroad, which have no bearing on the board.  This practice goes back to the time of Ajekigbe and has continued over the years.”

Another source thinks that what the bank needs now is an outsider evaluation of the entire management, processes and orientation of the bank, take a cold look at the entire system and prepare the bank for future restoration.

Our calls to the Head of Marketing & Corporate Communications of the Bank, Mrs. Folake Ani-Mumuney, were not responded to, but  the Head, Media and External Communications at the bank, Babatunde Lasaki, dismissed the story about the sackings in the bank, saying it was not true.

Lasaki said however that it is not unusual for officials of the bank, just like any other, to decide to exit the bank for other pursuits at the end of the year. He would not respond to huge build-up of cost-income ratio.

But an official of the bank, who would not want his name in print because he is not authorized to speak for the bank, confirmed that some secretaries and managers have been sacked and that it was a part of the  management resolve to cut down costs.