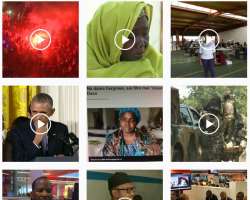 BBC Hausahas now launched on Instagram (https://www.instagram.com/bbchausa/) allowing audiences to access the latest pictures, short videos and information via their mobiles and online.

Following on from successful BBC Hausa channels on Facebook, Twitter,Google+ and YouTube, this extra addition will let new audiences interact with exciting and fresh content from the servicein addition to BBCHausa.com which continues to bring the latest news and features.

BBC Hausa reaches a weekly audience of over 18 million in Africa and beyond with its TV and radio broadcasts and digital content. The BBC Hausa website has a monthly reach of an average 4 million unique visitors monthly and about 70 million pages views.

BBC Hausa has ensured the increasing audience appetite for interactive online news and entertainment content is catered for – examples include over 10million views on Google+, 131,000 followers on Twitter and over 974,000 people liking the BBC Hausa Facebook page.