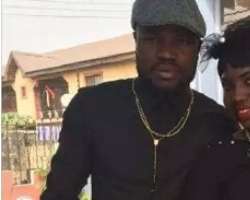 Media officer to the U-23 Nigeria football team, Timi Ebikagboro, has announced that kinapped wife of Super Eagles player Fegor Ogude, Memunat has been released by her abductors.

Memunat was kidnapped at her home about a week ago in her car and while the Police recovered the car, the whereabout of the player's wife was unknown.

According to Timi, “To God be the glory, the wife of SE player Fegor Ogude, Memunat has been released, she was released minutes ago, and is now with her family.”

Although it was not stated whether any form of ransom was paid to secure her release.