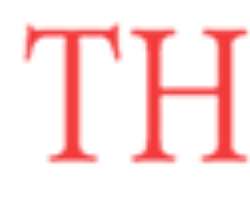 The Editorial Board of The Citizen Newspaper has approved the appointment of Mr. Ezra Ikpeama as the new Editor-in-Chief.

His appointment takes effect immediately.
He replaces Mr. Malachy Agbo who was recently appointed as the Chairman of the Caretaker Committee of Igbo-Etiti Local Government Area of Enugu State.

Ikpeama has been the editor of The Citizen Newspaper since it commenced operations in 2012.

The new editor-in-chief has garnered over 22 years' experience working in various print and electronic media.

Click here for details
Ikpeama had also worked in corporate affairs roles in the financial industry.

He was at different times responsible for brand management in Guardian Express Bank Plc and was in charge of media relations in Savannah Bank Plc.

Meanwhile, the erstwhile Publisher/Editor-in-Chief, Malachy Agbo, who was a Senior Editor at Thisday Newspaper, was sworn-in last Thursday by the Enugu State Governor, Hon. Ifeanyi Ugwuanyi, at the Government House in Enugu as the Chairman of the Caretaker Committee of Igbo-Etiti Local Government Area of Enugu State.

The Igbo-Etiti council boss is also the current President of the Guild of Corporate Online Publishers (GOCOP) and a member of the Nigerian Guild of Editors.

Speaking to newsmen after his inauguration, Agbo described his current mandate as 'a responsibility to contribute to democracy especially in the grassroots, which is fundamental to national development.'

He relished the opportunity of bringing to bear on governance his wealth of experience in media practice and management, adding that he 'would strive to deliver on the aspirations of the government and the yearnings of the people who deserve all the best of governance'.

'Our aim is to focus on strong performance, reduce costs and work with the local communities to deliver value', he added.

'Local governments should provide frontline services and our aim is to explore and exploit new opportunities for doing so; and we have the support of Governor Ifeanyi Ugwuanyi who recognises the needs of local communities and has proven that by his programmes and actions since assumption of office ', Agbo further explained.

The Igbo-Etiti LG Chairman acknowledged that the dwindling crude oil price has presented enormous challenges on government in terms of revenue generation, but affirmed that 'a strong and accountable local leadership is imperative in challenging times in order to deliver affordable and sustainable services to the people'.

'The key is proper prioritising strategies to ensure the welfare of the people and fast-track the needed socio-economic transformations', Agbo said.

Agbo also solicited the co-operation of the National Union of Local Government Employees (NULGE) in order to build a formidable alliance and ensure staff welfare and security.

He added that any serious administration should regard its workforce as fundamental to its success, describing local government employees as 'indispensable in governance and service delivery to the people'.