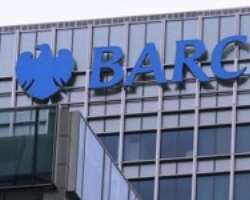 Barclays Plc will announce job cuts in its investment banking businesses across Asia, including closing the businesses in Korea and Taiwan, people with direct knowledge of the matter told Reuters, in the latest cuts for the London-based lender in the region.

Next week’s cuts will include corporate finance and advisory staff in those two countries, as well as equities sales and research staff, the people said, and will include at least 50 jobs across Asia as the bank seeks to slash costs in a global restructuring.

The job losses will include staff from countries in Asia in which the bank’s business is sub-scale, the people said, speaking on condition of anonymity given the sensitivity of the subject matter.

“We are constantly monitoring our opportunities in different geographies and businesses over the cycle. If any firm decisions are made, we will provide an update,” a Hong Kong-based spokeswoman at Barclays said in an email.

The closure of the Korean and Taiwan businesses reflect Chief Executive Jes Staley’s desire to trim in countries where the bank’s corporate relationships are weaker to focus on core centers, including Hong Kong, the people said.