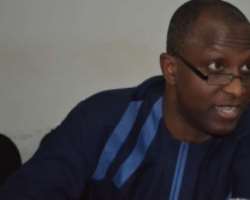 SAN FRANCISCO, January 04, (THEWILL) – The social welfare intervention programme of the Muhammadu Buhari administration, for which N500 billion has been allocated in the 2016 budget, is not a one-off scheme, says Mr Laolu Akande, the vice presidential spokesman.

Akande, who is the Senior Special Assistant (SSA) on Media and Publicity in the Office of Vice President Yemi Osinbajo, said this in an interview with newsmen in Abuja on Sunday.

He said the scheme “is a combination of several well-thought out programmes emphasising direct connections with the extremely poor, and the needy among other categories of the masses of this country''.

A breakdown of the welfare programme is contained in the 2016- 2017 and 2018 Medium Term Expenditure Framework (MTEF) and Fiscal Strategy Paper (PSP) submitted to the Senate for consideration and approval.

According to the document, the Federal Government will collaborate with state governments to institute well-structured social welfare intervention programmes such as: School feeding programme initiative, conditional cash transfer to the most vulnerable and post-National Youth Service Corps grant.

Under special intervention including cash transfer, home grown school feeding programme and micro credit loans (SMEs, market women etc), which is also covered by the social intervention programme, the government provided the sum of N300 billion for 2016, N339.05 for 2017, and N338.93 for 2018.

According to the spokesman, the plan of the Buhari presidency is comprehensive and has taken into consideration some of the factors that led to the failure of past poverty alleviation schemes.

“One of the major differences here is that the social intervention programme such as the Conditional Cash Transfer (CCT) would be a direct transfer of N5000 monthly to the extremely poor among us.

“And this is a safety net that several advanced nations had put in place a long time in their history, and most often at times of economic challenges.”

The SSA said that the money would be paid directly to the people concerned on the condition of school enrolment and immunization.

“This way, we are expanding school enrolment and also assuring physical well-being.”

“We have experts working in the presidency, collaborating with experts from global bodies who together bring to bear international best practices working on how best to implement these programmes.”

“I can tell you that no sooner than President Buhari resumed work, many of these experts have been meeting and planning on how best to implement these plans.

“We are not talking here of something hurriedly put together or a programme where some consultants would take the huge chunk of the resources.”

Akande also said that as part of the half a trillion Naira to be spent, there is in the budget proposals, a provision of no fewer than one million jobs in 2016, including 500,000 graduate-youths to be engaged as teachers.

“There is another 500,000 non-graduate unemployed people who will be trained as artisans, making a total creation of about one million direct jobs.”

He added that the presidency was determined not to repeat the past failed efforts at alleviating poverty.

“As the President disclosed during the budget speech, he has asked the vice president to coordinate the programmes and I can tell you that serious work is already apace,” Akande added.

He reiterated that for the first time in Nigeria’s budget history, the Federal Government would be directly intervening in lifting people out of poverty through a series of measures already proposed totalling N500 billion, representing nearly nine per cent of the budget.

“Through these measures and for the first time, the budget is paying attention to the problem of poverty in a proper and direct way,'' he said.

The spokesman added that another one million extremely poor and disabled Nigerians would also benefit from the first phase of the CCT Scheme proposed in the 2016 appropriation bill to enable them to live decently.

“There will also be the provision of affordable, very low cost loans to market women and artisans to enable them enlarge and expand their trades,'' he added.