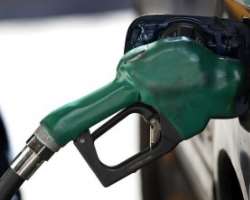 Saudi Arabia, the world’s biggest oil exporter, cut diplomatic ties with Iran on Sunday in response to the storming of its embassy in Tehran. The diplomatic row between the two major oil producers escalated following Riyadh’s execution of a prominent Shi’ite cleric on Saturday.

Oil traders said the crisis between Saudi Arabia, also the world’s second-largest oil producer, and Iran, which holds some of the largest proven oil reserves, was pushing up prices. The clash between the two Middle Eastern rivals also comes as Iran hopes to ramp up oil exports following the expected removal of sanctions against it after reaching a deal over its alleged nuclear weapons development programme.

“With increased geopolitical tensions between Saudi Arabia and Iran, the market has put a premium on prices just when markets opened (in 2016),” brokerage Phillip Futures said on Monday.

Revolutionary, mainly Shi’ite Muslim Iran and Saudi Arabia’s conservative Sunni Muslim monarchy have clashed for years in the Middle East in political conflicts that have followed along sectarian lines. Most recently, Saudi Arabia has led its military against Iranian-back Houthi Shi’ite militias in Yemen.

Despite Monday’s jump, oil prices are down by two-thirds since mid-2014 on ballooning oversupply as producers including the Organization of the Petroleum Exporting Countries (OPEC), Russia and the United States pump between 0.5 million and 2 million barrels of oil every day in excess of demand.

“OPEC, Russia and the U.S. beat our initial supply expectations, adding to an existing inventory headwind. For 2016 we think of it as the market rebalancing year, but only from 2H (the second half of 2016),” Alliance Bernstein said.

“Next year will be the year of under supply which means we should see at least an eighteen month bull market from the middle of this year,” it added.

For the moment, oil markets remain dominated by oversupply.

Iran plans to raise output by half a million to 1 million barrels per day (bpd) post sanctions, although Iranian officials said they did not plan to flood the market with its crude if there was no demand for it.

Iran’s oil exports have fallen to around 1 million bpd, down from a peak pre-sanctions peak of almost 3 million bpd in 2011.

On the demand side, concerns over Asia’s slowing economies weighed as China’s factory activity shrank for a 10th straight month in December as surveys across Asia showed industry struggling with slack demand.