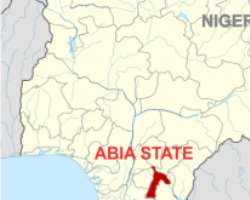 On Thursday, December 31, 2015, the Court of Appeal, sitting in Owerri, nullified the election of Okezie Ikpeazu of Peoples Democratic Party (PDP) as governor of Abia State and declared Alex Otti of All Progressives Grand Alliance (APGA) the rightful winner of the 2015 governorship poll in the state. It also directed the Independent National Electoral Commission, INEC, to issue Certificate of Return to Otti and ordered his inauguration as the duly elected Governor.

In the judgement delivered by the five-member panel, headed by Justice Oyebisi Omoleye, the Appellate Court stated that the APGA candidate scored 164, 444 valid votes to defeat Ikpeazu who scored 114, 444 votes, at the initial and supplementary elections held on April 11 and 25 of last year respectively in Abia.

The five-member panel unanimously agreed that the controversial results from Obingwa, Osisioma and Isialangwa North Local Government Areas (LGAs) should not have been included in the final results and therefore cancelled them for over-voting and substantial non-compliance to electoral laws. And after doing the calculations, subtracting the scores of the candidates in the three affected LGAs, the appeal panel arrived at the figures with which it held that Otti scored the highest number of valid votes.

INEC had after the conduct of the supplementary election last year declared the candidate of the PDP, Ikpeazu, the winner of the governorship election in Abia. The INEC returning officer in the state, Prof. Benjamin Ozumba, while announcing the result, in Umuahia, said Ikpeazu polled a total of 264,713 votes to beat his closest challenger Alex Otti of APGA, who secured 180, 882 votes.

Otti and his party rejected the result announced by INEC and vowed to challenge it in the tribunal. The then national chairman of APGA, Chief Victor Umeh, while disclosing the decision of his party to head to the tribunal, had argued that it would be a rape on democracy if the result was allowed to stand.

Umeh, who also recently emerged victorious at the Appeal Court and believed to have a very bright chance of winning the rerun senatorial election in Anambra Central had said: “Having considered all circumstances of the governorship elections, we have come to the inescapable conclusion that our great party, APGA, will reject the result as announced, not because we cannot lose an election. But we can only lose an election through a credible free and fair process. It is more painful so where our candidate was a star candidate and a candidate of choice in the governorship election in Abia… So, we are rejecting the result as announced. Accordingly, because we are a law-abiding political party, we will not resort to self-help. A fraudulent return has been made and we are as a political party, stating clearly that we are going to challenge this fraudulent return at the tribunal.

Unfortunately, the tribunal refused to grant the reliefs sought by Otti and APGA. Instead, it upheld the election of the PDP candidate, as pronounced by INEC. Nonetheless, APGA and its candidate, in a determined effort to use all legal and legitimate means to regain their “stolen mandate”, proceeded to the Appeal Court where they got a resounding victory in the outright declaration of Otti as the genuine winner of the Abia governorship poll.

In his reaction to Otti's victory, Umeh, the former national chairman, who is seen as one of the strong pillars responsible for the survival of APGA said: “The Peoples Democratic Party (PDP), in connivance with the

Independent National Electoral Commission (INEC) and security agencies, subverted the will of the people. They made a mess of the electoral process, but we knew that in due course, the truth would prevail. We knew all along that Abians voted massively for APGA, but the will of the people was subverted. Otti's victory signals a new era in the history of Abia. We are grateful to God that the truth has finally prevailed and Abians should be ready to experience unprecedented development. Otti has always been in the private sector and he performed very well, so, his competence is not in doubt because he possesses all that Abia needs to develop and very soon, it would experience a turn around.”

The Governor of Anambra State and Board of Trustees Chairman of APGA, Chief Willie Obiano, equally feels delighted by the Appeal Court verdict in favour of his party's candidate in the Abia guber election.

Speaking through his Senior Special Assistant on Media, James Eze, Obiano said: “We in APGA have always believed in the supremacy of the law. We have always campaigned for due process and for a stronger, more independent judiciary. The Appeal Court judgement on Dr. Alex Otti has re-affirmed our confidence in the Nigerian judiciary.”

Ikpeazu, whose election was quashed by the appeal panel, seems not to be too worried as he expressed hope that the Supreme Court will set aside the judgement. The Abia governor said he was optimistic that the Supreme Court would reaffirm his victory duly given to him by the people of Abia Sate. He implored all his supporters to remain calm while calling on the security agents to maintain peace and forestall any breakdown of law and order.

However, the plea by Ikpeazu to his supporters to relax their minds and watch as he heads to the apex court to get the ruling of the appeal court upturned fell on deaf ears. While APGA supporters and loyalists within and outside the state were busy popping champagne in celebration of Otti's victory, some PDP stakeholders in Abia led supporters of the embattled governor in street protests in Aba on Saturday to express their dissatisfaction over the judgement of the appellate court. Reports indicated that vehicular movements were grounded and activities crippled for hours as a result of the protests which were staged at different locations in the commercial city of Abia State.

Former Senate President, Senator Adolphus Wabara is one of the PDP chieftains in the state that led the protests in Aba. He was quoted as saying: “We want to call on the NJC (National Judicial Council) to look at the judgment of the Appeal Court and sanction those judges in the Appeal Court if they were compromised. Definitely they were compromised, because I have never seen in my whole political life such a judgment in any law court. We all claim that the judiciary is the last hope of the common man, but they have not demonstrated that now. So what we are saying is that people should remain calm and demonstrate peacefully.”

Meanwhile, observers have condemned the action of the protesters, noting that the best thing for them to have done was to simply remain calm and look forward to the decision of the Supreme Court as advised by their man, Ikpeazu. Resorting to street protests and blocking of roads to disrupt the activities of residents in any part of the state, in the views of many, would not help matters but only cause unnecessary tension and panic.

Written by Michael Jegede, a Journalist