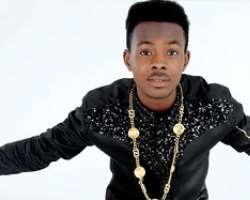 Don Jazzy and Olamide may not be in good terms, but that has not deter Don Jazzy's respect for the YBNL crew.

The Mavin Records boss after the just concluded Headies Awards which has just created a vacuum of misunderstanding between him and Olamide, decided to congratulate Olamide's beat maker, Young John.

Don Jazzy with his jovial way expressed his happiness for the young beat producer as he says he is going to go cool off since his award this year has been taken.

According to Don Jazzy, “Even though young john don win my award this year, make I go chop puff puff.”