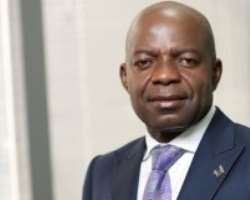 An Appeal Court sitting in Owerri  on Thursday  declared the candidate of the All Progressive Grand Alliance (APGA), Dr Alex Otti, as winner of the Abia State Governorship election.

The court in concomitant order asked the Independent National Electoral Commission to immediately return Dr Otti, as the rightful winner of the April election.

In a unanimous ruling, the five-man panel of judges, presided over by Justice Oyebisi Omoleye, , held that Otti won majority of the votes cast during the polls.

The judges all disagreed with the ruling of the Abia State Governorship Election Tribunal which upheld the election of the governorship candidate of the Peoples Democratic Party (PDP), Okezie Ikpeazu, as the winner of the April governorship election.

According to the panel of judges,   there are established proofs of over voting and substantial non-compliance to electoral laws during the election in Osisioma, Isialangwa North and Obingwa Local Government Areas of the state and as such, unlawful votes were allotted to Dr Okezie Ikpeazu.

It posited that  after subtracting the votes from the Isi-Alangwa, Osisioma and Obingwa, the PDP candidate was left with a total vote of 114,444, while the APGA candidate had 164,332 votes and should be returned as the rightful winner of the election.

The Appeal Court was filled to capacity by members and lawyers of the APGA and that of the Peoples Democratic Party to witness the final ruling of the Appellate court.

By this declaration, the court sacked the incumbent governor, Dr. Okezie Ikeazu , of the Peoples Democratic Party (PDP). The court directed the Independent National Electoral Commission (INEC), to issue Otti with a certificate of return, maintaining that there was no need for a rerun election.

Otti won in the April 11 poll, and supplementary election in Abia State. Omoleye said the cancellations of the elections held in the three local councils in the state- Obingwa, Osisioma and Isiala Ngwa North, by the returning officers after the results were uploaded to the INEC, was wrong.

He said: “In the Electoral Act, the returning officer only has the right to declare results of elections and not to cancel elections. This panel discovered that the earlier results uploaded to INEC headquarters corresponded with the correct valid registered voters in the three LGAs”.

The court turned down the objection by the PDP that the panel was wrongfully constituted, affirming the submission of Otti's counsel.

The court said the lower tribunal erred by not handling all the issues by the appellant, Otti.

Otti's lawyer, Oracle Nwali, described the victory as 'victory for all and a New Year Gift for APGA and Otti.'

In a related development,  the Court of Appeal sitting in Abuja on the same Thursday returned the electoral mandate to Taraba State Governor Darius Ishaku of the PDP.

In a unanimous verdict of the Court of Appeal on the appeal lodged by Ishaku challenging the tribunal's decision which sacked him, the panel presided over by Justice Abdul Aboki held that the tribunal lacked the power to invalidate Ishaku's election on the finding that he was not validly nominated by the PDP through primaries.

The tribunal had said it was satisfied that Ishaku was not validly nominated and elected.

But the Justice Aboki-headed panel held that questions of nomination of a candidate by a political party are strictly pre-election matters and therefore outside the jurisdiction of any tribunal to venture into.

“All evidence before the tribunal pointed to the fact that the appellant was duly sponsored by the PDP and Independent National Electoral Commission (INEC) duly received his nomination. The April 11 election is hereby upheld.

“The certificate of return ‎issued to the appellant by the 4th respondent in this matter remains valid. I make no order as to cost”, the court held.

The Justice Musa Danladi Abubakar-led tribunal had on November 7, declared Senator Alhassan‎ of the ‎APC as the bona-fide winner of the April 11 governorship poll in the state.

The tribunal said there was overwhelming evidence that the PDP in Taraba State, sidelined the provisions of the Electoral Act 2010, and the 1999‎ constitution, as amended, when it decided to hold the primaries that produced Ishaku as its candidate in Abuja instead of Jalingo , the Taraba State capital.

It held among others, that the purported nomination of Ishaku for the election, without a valid primary election monitored by INEC, was in breach of sections 85, 87 and 138(1) of the Electoral Act, 2010, as well as section 177 of the 1999 constitution, as amended.