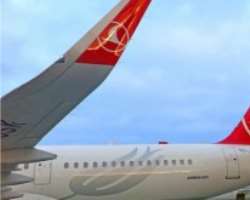 SAN FRANCISCO, December 31, (THEWILL) – The Consumer Protection Council (CPC) has issued an ultimatum to Turkish Airlines to provide a full situation report of events surrounding an alleged ill treatment of passengers arriving into Abuja from December 20, 2015.

The agency, in a letter to the airline dated December 29, 2015, signed by its director-general, Dupe Atoki, said: “Turkish Airlines flight TK 623 from Istanbul arrived Abuja on Sunday 20th December 2015 without the baggage of the passengers of that flight.

“Passengers of subsequent flights on the same route, up to 26th December 2015, were also affected as their baggage failed to arrive on their respective flights,” it added.

According to CPC, “The baggage of the passengers of 20th December flight started arriving piecemeal only on 25th December, indicating that the Airline boarded passengers knowing full well that their baggage would not be transported with them.”

It noted that the “passengers, some of who travelled with minors, were put to great inconvenience and hardship as they were unduly deprived of their belongings and other items necessary to accomplish the purpose of their trips.”

The agency, in its letter, explained that “all such passengers, including those whose destinations were outside Abuja, were forced to repeated checks at the Nnamdi Azikiwe International Airport, Abuja on the fate of their baggage, thereby incurring extra and unbudgeted expenditure, including hotel accommodation.”

The council pointed out that its directive was pursuant to Sections 2 and 12 of its enabling Act, which, while empowering the Council to provide redress for services that cause loss to consumers, criminalises such an act.

It expressed concern about the complaints, which it said if confirmed, contravene Section 12 of the CPC Act.

This action of the agency is coming on the heels of complaints about prolonged delays of the baggage of passengers of different Abuja bound Turkish Airlines flights during the Yuletide season.