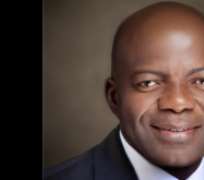 SAN FRANCISCO, December 31, (THEWILL) – The Court of Appeal has declared Mr. Alex Otti, the Governorship candidate of the All Progressives Grand Alliance (APGA) winner of the Abia State Governorship election, while nullifying the declaration of Governor Okezie Ikpeazu of the Peoples Democratic Party (PDP), as winner.

In a Thursday ruling in Owerri, the Imo State capital, the court upheld the appeal of Otti, a former managing director of Diamond Bank Plc, and ordered his swearing-in as governor.

THEWILL can report that Otti had previously lost at the state election petitions tribunal in November.

Okezie is expected to appeal the ruling at the Supreme Court.