Buhari’s Presidency A Misadventure For Nigerians, He Remains A Dictator – Fayose 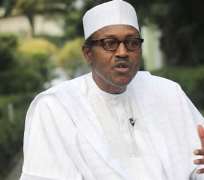 Ekiti State Governor, Mr Ayodele Fayose has described the return to power of President Mohammadu Buhari as a misadventure for Nigerians, calling on the international community, especially organisations like the United Nations (UN) and European Union (EU) to focus their attention on human rights abuses and contempt for the rule of law in Nigeria in 2016.”

Governor Fayose, who said he was not disappointed by the President’s

response during his media chat, to question on the disobedient of

court orders by the Department of State Security (DSS), added that he

gaol of dictatorship.
In a statement signed by his Special Assistant on Public

Communications and New Media, Lere Olayinka, the governor said he was

government, adding that; “such plot will definitely be

counterproductive.”
He described the way and manner the former National Security Adviser,

Col. Sambo Dasuki (rtd) was being treated by the federal government as

the hallmark of a dictator.
“I said it earlier that Buhari is a dictator and I warned several

belly.
“Having heard from the President himself declaring Col Sambo Dasuki

and Nnamdi Kanu guilty even before trial, Nigerians should be prepared

tribunal sentenced people to jail terms ranging from 21 to 300 years,

such that the Nigerian Bar Association (NBA) had to boycott the

Ajasin was twice cleared of any wrongdoing by Buhari’s military

tribunals; he was made to remain in prison.
“Those who witnesses Buhari’s regime in 1984-1985 will still remember

how the National Security Organisation (NSO) – now DSS broke up a

press conference of the Academic Staff Union of Universities (ASUU);

detaining four of its officers, banned the National Association of

other associations and arrested their leaders. Even those who were not

arrested were watched and warned by the NSO.
“As it was in 1984 when an accused was presumed as guilty and must

have to prove his innocence, Nigerians are now being told by Buhari, a

democratically elected President that those he accused of corruption

them by the courts even after meeting all the bail conditions.

international community and lovers of democracy in Nigeria must be

by President Buhari.
“However, I want to assure Buhari that democratic time will surely

the rule of law, which is the basic ingredient of democracy,” the

governor said.
While calling on Nigerians to brace up for more hardships to be

Governor Fayose said; “With the President referring to Deutschmark and

French Franc as still being in use in Germany and France, it is

obvious that 1984 economic solutions will still be applied to