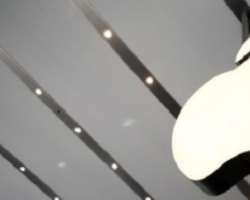 U.S. tech giant Apple will pay Italy’s tax office 318 million euros ($348 million) to settle a dispute and sign an accord next year on how to manage its tax liabilities from 2015, a source with direct knowledge of the matter said on Wednesday.

Italian prosecutors have been investigating allegations that Apple failed to pay corporate taxes to the tune of 879 million euros, sources told Reuters earlier this year.

“Apple will pay the tax agency 318 million euros and will sign an accord for fiscal years 2015 onwards early next year,” the source said.

The tax office earlier confirmed a report in La Repubblica that it had reached a deal with the iPhone maker but declined to say how much the U.S. company had agreed to pay.

The source said that while the judicial probe, which also regards three Apple managers, remained open for now, the settlement with the tax agency would likely have a positive impact on the investigation.

Apple is one of several companies, including Google and Amazon, to become the target of tax inquiries in Europe.

In Italy, tax authorities have pledged to crack down on domestic and multinational companies in moves that could help shore up stretched public finances.

The probe launched against Apple claimed that by having profits generated in Italy and booked by its Irish subsidiary, the company reduced its taxable income base and saved just under 900 million euros in the 2008-2013 period, sources said previously.