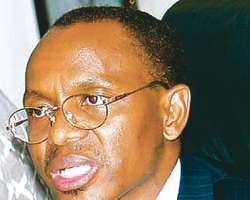 The Special Assistant to Sen. Shehu Sani (APC- Kaduna), on Politics and Ideology, Malam Suleiman Ahmed has said nothing will deter his principal from criticising the “anti-people' policies of the state government.

Ahmed stated this in an interview with the News Agency of Nigerian (NAN) in Kaduna on Tuesday while reacting to the alleged suspension of the senator by the Tudun Wada North, Ward 6 of APC.

The party at the ward level had in a letter dated Dec. 7 and signed by the party's Ward Secretary, Malam Ahmed Abdullahi; the Public Relations Officer, Malam Auwal Anguwa; and an Ex-Officio member, Malam Aminu Alilan, suspended Sani for 11 months.

The letter said that Sani was suspended for consistently criticising the policies of Gov. Nasir el-Rufai, an act which the APC ward executives described as “anti-party'.

The aide said that the suspension would only strengthen his principal's resolve to criticise any policy of the el-Rufai administration that he considered “anti-people'.

Click here for details
“This letter is not relevant; it has no value to us; this letter will energise him the more; it will strengthen his resolve to criticise the government of the state if it goes wrong.

“The senator will continuously criticise any (government) policy that is anti-people up to the end of (his tenure in) the Senate and beyond.

“So if you feel that the senator should not criticise the government of the day because he is part of the party that brought the current government to power, then when he comes out to re-contest in 2019, do not vote for him.

“He will criticise the government, whether or not he comes back as a senator in 2019.

“This is because Sani has been consistent in his criticism of anti-democratic processes and elements; he did not start his criticism (in the current) democratic (dispensation).

“He has been doing criticism anti-people policies right from the military era. That's what has taken caused his imprisonment on several occasions.'

He said, “This is a clear violation of standard procedure in line with the party's constitution, which renders the letter invalid.'

“Is the action in compliance with the provision of the party's constitution? Is the state executive committee properly constituted to carry out the purported action?

“I am sure majority of the above questions will be answered in the negative. I therefore, disassociate myself from whatever decision taken.' (NAN)