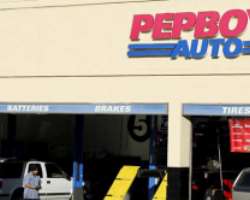 Icahn’s latest bid of $18.50 per share on Monday values Pep Boys at about $1 billion, while Bridgestone’s previous offer of $17 per share valued the company at about $947 million.

Pep Boys said that its board has delivered a notice to Bridgestone to terminate their previous agreement.

Icahn Enterprises said it would be willing to bid in excess of $18.50 per share for Pep Boys unless Pep Boys increases Bridgestone’s termination fee of $39.5 million.

Icahn Enterprises’ offer is not subject to any due diligence, financing or antitrust conditions.

Icahn and Bridgestone have been in a bidding war for Pep Boys. Monday’s offer was Icahn’s third bid for the company including two moves to sweeten the deal this month

Bridgestone and Icahn Enterprise were not immediately available for comment.

The auto parts retailer has been on the block since June, when it said it was considering selling itself as part of a strategic review.

Bridgestone had said on Oct 26 that it would buy Pep Boys to boost its retail network by more than a third in the United States.

Icahn had reported a 12.12 percent stake in Pep Boys earlier in December and said the company’s retail automotive parts business would be a perfect fit for Auto Plus, a competitor he owns. (reut.rs/1Ny9Ul1)