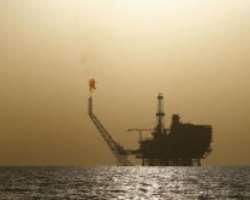 Oil fell close to $37 a barrel on Monday, trading within sight of an 11-year low, pressured by excess supply that has more than halved prices since the downturn began in mid-2014.

U.S. crude was trading below global benchmark Brent, having earlier in December risen to a premium for the first time in about a year following the lifting of a 40-year-old ban on most U.S. crude exports.

“We expect both prices to rise next year,” said Eugen Weinberg, an analyst at Commerzbank. “A short-term slide can’t be excluded, due to persisting oversupplies, negative sentiment and stronger downside momentum.”

Figures from the Organization of the Petroleum Exporting Countries imply a glut of more than 2 million barrels per day, equal to over 2 percent of world demand. Oversupply is expected to persist into the earlier part of next year.

“The global supply and demand tables are still showing a heavy picture for the first half of 2016,” said Olivier Jakob, oil analyst at Petromatrix.

Signs on Monday that a further demand stimulus from low crude prices may be limited also added pressure.

The drop in prices gained impetus after OPEC, led by top exporter Saudi Arabia, a year ago dropped its longstanding policy of cutting output to support prices in favor of defending market share.

While the price collapse has partly achieved OPEC’s goals by curbing growth of competing supplies, it has put finances in producing nations under more strain, even in the relatively wealthy Gulf states.

Saudi Arabia on Monday announced plans to shrink a record state budget deficit with spending cuts and a drive to raise revenues from sources other than oil.