GOWON: A VISIONARY ELDER STATES MAN AND FOUNDING FATHER OF THE PRESENT UNITED STATES OF NIGERIA. 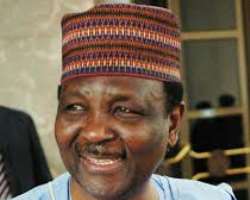 AMONGST the three tribes in Nigeria Viz: Hausa, Yoruba and Ibo, the Igbo culture is one of the earliest traditions, in the nineteenth century that was discovered in the ‘Igbokwu area,’ East of the Niger River.

The Igbo people, as they are usually known are intelligent, hardworking and industrious people. Like many of the other two tribes in Nigeria, they were migrants and great warriors of their time. Their flair for trade, particularly after the slave trade was abolished in 1807 by the British government, make them the most versatile and richest people at home and any nation of the world you find them.

The ubiquitous and active nature of the Igbo people expresses the fact that they are the livewire of any society or community they find themselves around the globe. People believe that it is only where life does not exist on the Earth planet, that is where you cannot find an Ibo man or woman. The Igbo people are rich in culture and tradition. They have great believe in tradition and its institution; they are hospitable and easy to make friends with but this is not always the case when you play pranks with them in matters or issues involving money. The Igbo people are however known to be stubborn and strong headed in their nature and attitude.

History has it that they constituted great bottlenecks to the success of the British indirect rule in the collection of taxes in their region during the British colonial rule and era in Nigeria. The steadfast nature of the Ibos and their commitment to succeed in life holds them dear to the hearts of many foreign and home friends. In the history of Nigeria, the course of the Igbo people has always been championed by educated, brilliant, intelligent and rich people amongst them were viz: Late Dr. Nnamdi Azikiwe, the founder and leader of Igbo National Council of Nigerian Citizens (N.C.N.C) party, the first Premier of the Eastern region and the first president and commander in Chief of the country’s armed forces at independent in 1960. He was a great legend amongst the many Ibo men and women, who contributed immensely to the growth and development of the country in the first republic.

The unification of the states around the Niger and Benue rivers as a country came about as a result of the amalgamation of the British controlled North and South states by Sir Fredrick Lugard, the Governor of the Northern protectorates in 1914. Nigeria earned its name through Mrs. Flora Shaw, wife of Sir Lugard in 1897.

The fight and race for freedom and independent from British rule in Nigeria, started by Educated Nigerians from the three tribes of the country, necessitated the formation of parties in the country. Envy, lack of love and party rivalry early in the political history of Nigeria, is still the bane of contention for poor growth of democracy and bad governance, corruption and electoral malpractices we see in the country today. Tribal conflicts and ethnicity, strained relations between and within many frontline politicians, this however brought division amongst them and great political unrest and strives when we gained independence in 1960. The coalition of parties which today enhance peace for good governance was absent in the first parliamentary democracy in the first republic in Nigeria.

A viable party admired by people at the time, had little or no support from other opposition parties for development and each party struggled for success and lime light on its own. The political turbulence in the country as a result of tribal and ethnic clashes six years after independence, attracted the intervention of the Military in the first coup of January 1966 that was led by Late Major Kaduna.Chukwuma.Nzeogwu and brought Late Major General Aguiyironsi as the country’s first military head of state. In this first coup, many federal and regional frontline politicians and leaders particularly those tribes from the Northern and Western region of the country at the time were killed.

Fight against Ibo domination in governance and administration came up also even amongst the ranks and files of the Armed Forces in the country after the military took over in 1966. This necessitated a counter coup in July, 1966. This brought in Lieutenant Colonel Yakubu Gowon as the youngest and most senior Military Officer from the North as the second Military Head of state in the country.

Lieutenant Colonel Odumegwu Ojukwu, now of blessed memory, the first Nigerian to enlist in the country’s Army with a university degree and the first military governor of the then Eastern region of Nigeria, with the persistent ethnic strikes in the country, with his great concern and love for his people called all Ibos outside the Eastern region (particularly those who resided in Muslim based northern region of the country) then to return home as their lives then was under constant threat and danger.

Nobody, however, knew if Late Chief O. Ojukwu had a premonition of winning the war with regards to his preparations with the succession move he made. It was, however, not a laughing matter however when in April 1967 he declared Biafira, the mineral and oil rich Eastern region( East Central,South East, Rivers and Port Harcourt) as an independent surverign nation. He made himself a four star general and championed the cause of the Igbo people for freedom and independence in the first Nigeria civil war that followed and lasted three years.

Gowon who on assumption of office, was promoted to the rank of a Major General, was against the disintegration of the country. He wanted a united Nigeria where individual has equal right, justice and freedom. When the war eventually broke out on 6th July 1967, it was however unbearable and attracted the intervention of the armed forces and the use of heavy weapons.

The war at the time necessitated total cut off of Eastern region from food supply and communication within and outside the country. Bridges to the Eastern region were blown off, roads were blocked and seaports, airports, markets, schools, radio stations and communication centers were closed and sealed up. Houses and properties were burnt/destroyed, people lost their lives and were displaced and many innocent youths were conscripted into the army.

On the federal side, people were forced to join the army. The influx of people in and outside the country necessitated screening people on how fluent they were in Hausa or Yoruba language to identify deflecting soldiers or war spies from Biafra side. Curfews were put in place and those who flouted the government order were usually severely punished. The activities of the civil defense organization put in place in the country to educate and inform Nigerians on the safety of an attack in war was excellent. Safety trenches were dug in strategic places and people hide in trenches at the sight or sound of Biafra air jet plane.

Radio propaganda of war songs, encouraged and raised the hope of families who had their sons at the war front fighting for a united Nigeria. The intervention of Africa’s highest authority, the Organization of Africa Unity (OAU) which was just three years old at the time, had little impact on Ojukwu’s inordinate ambition to break the country despite the increasing suffering and hardship of the people and the dwindling number of his soldiers. Nigerian delegates who attended many of the peace talk conferences held to end the war, usually came home bored and disappointed as many of the speeches made by Ojukwu in big grammar were misunderstood, misinterpreted and sometimes, seemed to be contradictory and negative to their call and cry to quickly the war and avert genocide.

The wisdom of General Yakubu Gowon and members of his cabinet in diving the country’s three major regions into 12 states in May 1967 and the changing of the country’s currency from British pounds sterling to naira and kobo, had great impact in the submission of the Biafran rebels and the eventual quick end of the war in 1970, as people believed it reduced the ability and power of the Biafra government to purchase arms and weapons to sustain them in the war. Many political observers in the country credited this to the expertise of Late Chief Obafemi Awolowo, who was then the Federal Minister of finance. Late Chief Obafemi Awolowo, founder and leader of the Yoruba Action group(AG) party of the then Western region was on 11th September 1963, jailed for treason and was released of his life imprisonment term on the 3rd of August 1966 during the military administration of General Gowon as head of state.

Internally, the war however enhanced research, scientific and technological capability of the Biafra rebels in the manufacture of homemade guns, grenades and other dangerous weapons to sustain them in the war.

When the war eventually ended in January 1970, the policy of no victor no vanquish, put in place by General Gowon, positively enhanced the reintegration of the Igbo tribe back into the country. And like the story of the bible prodigal son dearly loved by his father, the amnesty pardon granted to the Biafra rebels and full support of open arms of love shown by all Nigerians, reunited many Igbo families, friends and colleagues immediately the war ended.

The peace that ensued by ending the war enhanced rehabilitations of victims and the reconstruction of roads and buildings made by General Gowon for the economic growth and development of the country in his eight years in office.

Since the end of the war, the Igbo people have gone a long way to reestablishing themselves to claim their lost glory. Despite the suffering and losses associated with the civil war, Nigerians learnt from their mistakes, grew stronger and became more united and secured from external or foreign aggression.

The 36 states nature of the country today, gives each tribe or ethnic group in the country, the respect and sense of belonging to a state and country we so dearly love and for which individual must work for its security,growth and development.

Many Igbo people today in Nigeria are in the police force, military, civil service, politics, academicians, writers, novelists, lecturers in tertiary institutions, highly talented business merchants and traders, many of them too are talented sports men and women, actors and actresses in the hospitality and entertainment industry to uplift the good name of the country at home and abroad.

Chief Ojukwu even before his death categorically openly expressed his regrets on the unfortunate civil war. All the Igbo people must therefore faithfully forgive the mistakes made by the war and must quickly detest the actions of those few individual still fighting for the emancipation of Biafra as a way to open old wounds and destabilize the country. In the new millennium, let us cultivate the habit of living in peace and in the good name of Africa’s living Legend and Nigeria’s visionary leader and Elder States man, Retired General Gowon, the founding father of peace and unity in the country forge on with one Nigeria.