Everything you would want to know about Liposuction 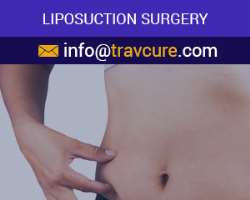 What does the word Liposuction mean?
Liposuction is the most regularly performed cosmetic surgeriesacross the globe. It is also knownas liposculpture, lipoplasty, and suction-assisted lipectomy. Liposuction helps inremoving fat from your body with the help of suction. During a liposuction procedure, a thin,small in size, blunt- angled tubes known as cannula is inserted inside the body through tiny cuts made in the skin. As the doctor moves the tubes around and under the skin targeting specific fat deposits, the fat is in turn suctioned through these tubes.

Who All Can Opt For Liposuction?
The ideal candidate who opts for liposuction may be physically fit and eats balanced meals but due to some reasons he/she is unable to reduce fatty deposits that is localized and often seems to involve a genetic susceptibility.Future uses of liposuction mightevolve aroundaccelerating of stem cells for facial restructuring. Local anesthesia is given to some patients in some cases. For bulk removals, deep sedation is given along with local anesthetic.

WhichAre The Different Types Of Liposuction Treatments Available In The Market?

Liposuction is typically done as an outpatient surgery in a properly equipped hospital. Usually, it doesn’t require an overnight hospital stay unless bulk fat is being removed. Travcure Medical Tourism Consultants can help you find the best hospitals and doctors who are well experienced in the Liposuction Surgeries and it offers you the best prices with all the necessary facilities.

What To ExpectAfter Treatment
Once the surgery is completed, the part of the body that underwent the surgery is firmly covered to ensure that there is minimal swelling, bruising, and pain. Materials like Elastic bandages, tapes, support hose, a special girdle, or firm-fitting garments are generally used to cover the operated part, depending on the part of the body that was treated. One may have to wear the compression garment or be in wraps for 3 to 4 weeks. The patient should expect a lot of bruising and swelling for a minimum of 7 to 10 days initially. Fluid may drain from the incision areas for several days after the surgery. The doctor will prescribe appropriate antibiotics to reduce the risk of infection and pain immediately after the surgery.

Most patients are able to get up and walk around soon after the treatment and can return to normal activities as soon as they feel comfortable, though it may take several days to a few weeks for some patients. Recovery may take longer if large areas were treated.

Why Liposuction Is Done?
The purpose of liposuction surgeries is to reshape one or more areas of the body, and typically does not help to reduce the overall body weight. Liposuction is used on "specific problem" areas that have not reacted well to diet and physical exercise regimes. These areas often include outer thighs and hips in women and the waist and back areas in men. Commonly treated areas include face, neck, abdomen, back, buttocks, legs, and upper arms.

Liposuction is alsoperformed in combination with other cosmetic surgery treatments, such as, breast reductions, tummy tuckingreferred to as abdominoplasty, andface-lifts.

Which Are The Medical Conditions That Can Be Treated Through Liposuction?

Liposuction can also be used to treat specificmedical conditions that include:

How Well Does It Work?
Liposuction has been known to be very effective in removing fatty deposits in small sections of the body. But at times, if you regain weight after having liposuction, the fatty lumps that were removed earlier are likely to reappear in different regions of the body.

Except for laser liposuction other Liposuction treatments generally do not tighten up the skin.Once the fat is removed, the skin around the particular treated area can be somewhat loose. It may take around 6 months for the skin to get tighten again. Some people's skin specially the young ones is very elastic and shrinks back more quickly than other older people's skin.