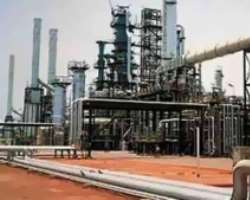 NNPC also said  914 truckloads of fuel have been dispatched to petrol stations across the country, while 1,939 trucks, conveying 64.04 million litres of the products, have been evacuated from its coastal depots to inland depots in the country as it works to ensure fuel sufficiency during the festive period.

The corporation hopes  that the increased output from the refinery would help ensure that the queues at fuel stations across the country would ease off soon.

The NNPC spoke through a statement.
It expressed the belief that  the injection of this volume into the system will significantly impact ongoing special intervention efforts designed to bring relief to motorists across the country.

NNPC ‘s National Premium Motor Spirit, PMS, Evacuation Report for December 22, 2015 shows  that the country currently has about 977.31 million litres of PMS in its land and marine depots, which was enough to last the country for 24 days.

Giving a breakdown of PMS sufficiency, the NNPC report said the country has 321.23 million litres of PMS in its land reserves and 656.08 million litres in its marine reserves.

Quoting data received from the Petroleum Products Pricing and Regulatory Agency, PPPRA, the report further stated that 13 vessels are currently discharging or awaiting clearance to discharge a combined quantity of 314.454 million litres of PMS.

Furthermore, the NNPC also disclosed that less than 48 hours after the Minister of State for Petroleum Resources, Dr. Ibe Kachikwu, ordered staff of the NNPC to intervene in the monitoring of fuel distribution and retail system at filling stations across the country, the initiative has started yielding positive results in Abuja and environs.

It explained that the situation at most filling stations visited in Abuja remains calm and orderly as the staff of the corporation helped to fast-track the process of dispensing fuel to motorists.

Speaking shortly after visiting some retail outlets within Abuja's Central Area,  Group Executive Director, Commercial & Investment of the NNPC, Mr. Babatunde Adeniran explained that so far, the exercise has recorded some success.

He said: “Our staff are putting in all their best to ensure that orderliness is restored in most of the filling stations. They are also there to ensure that nobody creates a situation that will hamper the discharge of products to ordinary Nigerians. So far, they are doing well in this regard.”

He further stated that the exercise was a hands-on approach designed to ensure that Nigerians do not suffer unnecessarily at the hands of unscrupulous marketers, adding that the situation would be improved upon.

He called on security agencies to complement the efforts of NNPC at the filling stations.