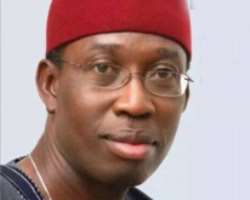 BEVERLY HILLS, December 23, (THEWILL) – The Court of Appeal will this evening in Abuja deliver its verdict in the appeal seeking to upturn the election of Dr. Ifeanyi Okowa as Governor of Delta State.

The court had earlier slated the ruling for Thursday (tomorrow) but a sudden announcement Wednesday afternoon confirmed the judgment for today.

The Court of Appeal which earlier sat in Benin City, Edo State to hear the appeal had reserved judgment and moved to its Abuja Headquarter to deliver its verdict in the suit filed by the All Progressives Congress (APC) candidate, Olorogun O' tega Emerhor; and the Labour Party (LP) candidate, Chief Great Ogboru.

The candidates want the election annulled.
Deltans and stakeholders are tensed as they await the verdict.