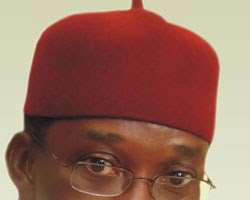 The aide also protested recently over a non-inclusion at an event in Asaba, where he gate crashed as he was not invited to function at the programme.

In Sapele, the aide who was given an opportunity to address a meeting of a very powerful group in the state said his boss was very friendly, has listening ears, accommodating and very appreciative of the group but his words sounded blasphemous to them, while some kaput into an unimagined laughter, others echoed an uncontrollable wo wo wo which threw confusion into the air.

Meanwhile, Governor Okowa has continuously ignored the group in the state as he has allegedly turned down every meeting with them.

It was reliably gathered that the Chief Press Secretary (CPS) Mr. Charles Ehiedu Aniagwu told him to meet with the group when he marked 100 days in office, when Delta turned 24, when the state joined other states of the country to mark its 55 years of Independence but the governor allegedly refused and has also downtrodden the press by not also appearing at the State Executive Council (SEC) press briefings since assumption of office in May 29.