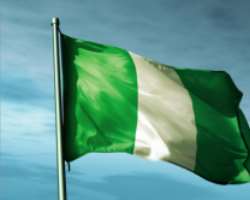 The Minister of the Interior, Lt.-Gen. Abdulrahman Dambazau (rtd), who made this declaration in Abuja on Tuesday, enjoined Muslim and Christian faithful to use the unique occasion to‎ pray for the peace and unity of Nigeria.

A statement signed by the Permanent Secretary in the ministry, Mr. Bassey Akpanyung, quotes the minister as stating that “The Federal Government has declared Thursday, 24th December, 2015 as public holiday to mark Eid-El-Maulud celebration.

“Friday, 25th and Monday 28th December, 2015 have also been declared as public holidays to mark Christmas and Boxing Day celebration,” the statement added.

Dambazau further used the statement to seek Nigerians' cooperation with the administration of President Muhammadu Buhari in its efforts to build a peaceful, united and virile nation.